Union Minister of Agriculture and Farmers’ Welfare Shri Narendra Singh Tomar held a meeting with States through Video Conferencing today to deliberate upon the recent initiatives taken by the Government to boost rural economy. The meeting was attended by Ministers of State for Agriculture, Shri Parshottam Rupala and Shri Kailash Chaudhary, Agriculture Ministers of almost all the States and senior officers of the Department of Agriculture, Cooperation and Farmers Welfare. On the occasion, the Union Agriculture & Farmers’ Welfare Minister released a booklet on new operational guidelines for formation and promotion of 10,000 Farmer Producer Organizations (FPOs). The key implementation issues were discussed during interaction with the States.

Addressing the video conference, Shri Narendra Singh Tomar thanked Prime Minister Shri Narendra Modi for allocating Rs 20 lakh crore package for ‘Atma Nirbhar Bharat Abhiyaan’, under which Rs 1 lakh crore financing facility has been allocated for establishment of Agriculture Infrastructure Projects at farm-gate & aggregation points (Primary Agricultural Cooperative Societies, Farmers Producer Organizations, Agriculture entrepreneurs, Start-ups, etc.). He said that this fund will be utilized for creating post-harvest infrastructure to avoid wastage of crop produce, which is about 15-20% of total yield at present. He emphasized upon the need to utilize the agriculture infrastructure fund to mobilize a medium-long debt financing facility for investment in viable projects relating to post-harvest management.

The Minister further emphasized that Kisan Credit Card (KCC) saturation drive was initiated by the Government and target of issuing 2.5 crore KCCs by the end of year is set under the ‘Atma Nirbhar Bharat’ campaign. Referring to the PM-Kisan Yojana and Kisan Credit Cards (KCC), he said that out of around 14.5 crore operational farm landholdings, data on around 10.5 crore has been collected so far under PM-Kisan. There are about 6.67 crore active KCC accounts presently. After the KCC saturation drive was started in February 2020, about 95 lakh applications have been received out of which 75 lakh applications have been sanctioned.

The Minister further stated that total 10,000 FPOs are to be formed till 2023-24 and support to each FPO is to be continued for 5 years. The cost of proposed scheme is Rs. 6,866 crores. He assured that all the necessary help/support would be rendered to the States to accelerate agriculture infrastructure development, promotion of FPOs and extending credit facilities to the farmers through KCC.

The State Agriculture Ministers expressed their happiness that the KCC facilities have now been extended to the farmers practicing Animal Husbandry and Fisheries. The State Agriculture Ministers further appreciated the initiatives of Government of India and assured to render their support to the Centre in their efforts towards strengthening agriculture infrastructure in the States, creation of FPOs and widening the coverage of KCC to enhance farmers’ income and boost rural economy. 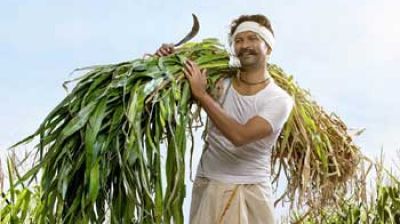 KVKs and agricultural scientists have an important role to play...

Large quantum of funds that are being routed through the...