Home Business This decision will put an additional burden of Rs 670 crore on... 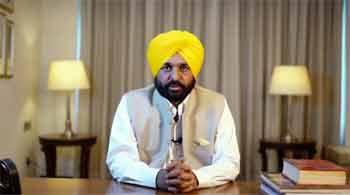 Home delivery of wheat flour to the beneficiaries has been approved. Beneficiaries will start getting flour from October 1.

This decision will put an additional burden of Rs 670 crore on the state exchequer for milling wheat and transporting it to their homes. Till now, under the National Food Security Act scheme, wheat was given to the beneficiaries every three months and the expenditure was Rs 1,825 crore. Beneficiaries will now get 5 kg of flour per month. The cabinet will also work on the details to start the recruitment of 25,000 people in the government sector.

The decision was taken in the first meeting and all departments have been asked to identify vacancies. Cabinet approval was also taken on the amnesty scheme for private transporters announced by CM Mann a few days ago. Under this scheme, 78,000 bus, auto and taxi operators will be benefitted as they can pay the dues without any interest or fear of penalty being levied on them. Earlier, Punjab State Power Corporation Limited CMD Baldev Singh Saran gave a brief presentation to the cabinet regarding the power situation in the state.

Information was also given about the purchase of 10 percent imported coal for the ministers. He had told the ministers that PSPCL had supplied 32 per cent more power last year than it had supplied in the same period. PLC&GT