Home Business These steps will minimize the need of physical interface 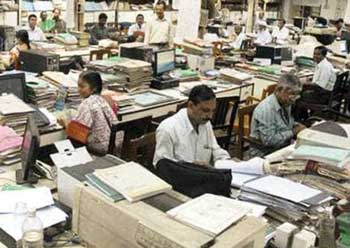 It may be noted that the Directorate General of Trade Remedies (DGTR) is a quasi-judicial body functioning under the aegis of the Department of Commerce, Ministry of Commerce and Industry, Government of India. The DGTR serves as a watchdog against unfair trade practices resorted by the producers/ exporters in foreign countries and aims to create a level playing for the Indian industry. The unfair trade practices that the DGTR acts against are in the form of dumped imports or subsidised imports or imports that circumvent existing anti-dumping/countervailing duties. DGTR also protects the domestic industry from surge in imports that harm the Indian industry.

The function of the DGTR is to conduct an elaborate investigation into the complaint filed by the Indian domestic producers allegedly injured by the unfair trade practices adopted by foreign producers/ exporters and then take a decision on whether or not to recommend imposition of duty. Final decision regarding imposition of duty recommended by the DGTR is taken by the Ministry of Finance, Government of India.

An application to initiate an investigation is generally filed by the domestic industry, after which, the DGTR initiates the investigation and invites participation of all stakeholders – domestic industry, foreign producers, exporters, importers, users and their associations. The DGTR then gathers evidence from each stakeholder to examine the allegations of domestic industry. It is only after the detailed and elaborate examination of facts, data and legal submissions of stakeholders that DGTR arrives at the conclusion regarding recommendation of duty depending on whether or not the domestic manufacturers have suffered material injury or threat of material injury by the dumped or subsidized imports.

All investigations are required to be concluded within 12 months. This period is extendable upto 18 months. However, the average time to complete the investigation has consistently been reduced by the DGTR and it usually endeavours to complete most investigations within 5-7 months for ensuring a faster relief to the domestic industry.

Several reforms have been carried out by the Directorate in its processes and procedures through greater use of digital platform, simplification of application formats, annexures and questionnaires and introduction of self-certification in conducting trade remedy investigations.

These steps will minimize the need of physical interface and lead to enhanced speed, efficiency and transparency and will usher in a new regime of trade facilitation by substantially reducing compliance burden on the stakeholders.

Initiatives were also taken for amendment in the Anti-Dumping, Countervailing and Safeguard Rules. Anti-circumvention provisions have been strengthened and anti-absorption provisions introduced.

The duties recommended by the DGTR have had a positive impact on several Indian industries. The Indian industries that have benefited from this duty have been able to enhance their production capacity, attract substantially moreinvestments, and generate more employment.