Home Latest news There was an urgent need 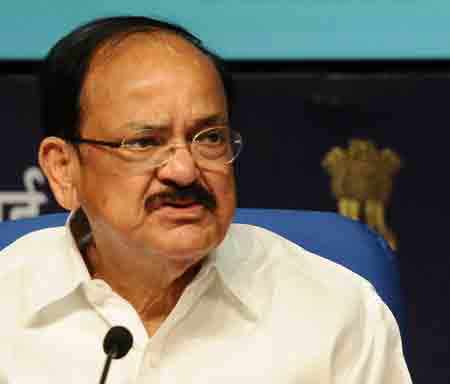 The Vice President of India, Shri M Venkaiah Naidu today urged healthcare practitioners, media and civil society to partner with the government in spreading awareness about vaccination and addressing apprehensions. He also said that there was an urgent need to address the wrong information being spread about vaccination, especially through social media.

Addressing the gathering after launching the new rotavirus vaccine – ROTAVAC5D® designed and developed by Bharat Biotech in New Delhi today, the Vice President said that the vaccine would be a great help in tackling the spread of Rotavirus that causes nearly 8,72,000 hospitalizations, over 32 lakh outpatient visits and an estimated 78 thousand deaths annually in India.

Shri Naidu also pointed out that the disease could push many Indian families, especially those below the poverty line into considerable financial distress and also imposes the significant economic burden on the country.

Opining that every child must benefit from life-saving vaccines and have a joyful childhood and fulfilling life, the Vice President called for an enhanced focus on Immunization. Describing Immunization as children’s basic right, he said that it was the key to the health, wellbeing, and happiness of any child.

Pointing out that India was firmly committed to ending morbidity and mortality in children caused due to Diarrhoea by 2022, the Vice President said that it was committed to the goal of protecting the health of every single one of its children.

The Vice President also called upon the people in the medical fraternity to create awareness about the adverse impacts of changing lifestyles and dietary habits among people. He stressed the need to convert programs such as Fit India, Swachh Bharat, Beti Bachao Beti Padhai and Yoga into people’s movements to achieve the desired results.

The peer-review of COVAXIN phase III clinical trial data in The Lancet, an authoritative voice in global medicine validates our commitment to data transparency

WHO will expedite global access and availability of COVAXIN worldwide