Mumbai , With an acting career that has won laurels and applauds aplenty, Vidya Balan has proved herself in every role that she's taken up

and delivered without a speck of disappointment. This time around, she seems to be enjoying a new lease of life in her latest stint as an RJ, for the first time ever, for Muthoot Blue ‘Dhun Badal Ke Toh Dekho with Vidya Balan’, on 92.7 BIG FM. Using the show as a platform, she drives listeners to be a part of issues that affect society as a whole. With elections on in full swing, Vidya Balan speaks to talented actress Renuka Shahane, one who never shies away from expressing her opinion, on the importance of casting their vote. When asked about the importance of voting, Renuka Shahane said, “A voter might feel that a single vote does not make any difference, but there are times when a candidate wins or loses by a single vote. It enables the citizens to not only choose their own government but is also a way to express their opinion in a democratic nation like ours. We, as citizens, enjoy the rights provided by our country but shy away from fulfilling our responsibilities.” When asked about her voting experience, she excitedly said, “I can proudly say that since I turned 18, I have been casting my vote. There isn’t a single election that I have missed, be it the local municipal election, state election or even the general election.” Further inspiring people to go out and vote, she further shed light about her family and the reason to vote, “My husband’s voter’s ID card is from Madhya Pradesh. So for every election, he goes there to vote and make sure that his vote is counted.  My son is now 16, and he is so excited that he will be eligible to vote 2 years from now. This enthusiasm needs to be there in everyone.  The voting booths are at the corner of everyone’s street. So please go out and feel excited to vote! Yes, you have to stand in line, but if you can’t do that much for your opinion, then don’t have an opinion for the next 5 years.” MUTHOOT BLUE DHUN BADAL KE TOH DEKHO WITH VIDYA BALAN presented by MUTHOOT FINCORP is BIG FM’s new show which focuses on bringing imperative social topics to the forefront, airs every weekday evening from 7pm to 9pm, with repeats on Saturday and Sunday. In addition to that, a special highlight segment - MUTHOOT BLUE DHUN BADAL KE TOH DEKHO WITH VIDYA BALAN presented by Muthoot Fincorp spotlight which airs from Monday to Friday between 01:00 PM to 02:00 PM.
Read the full article
Tags: Vidya Balan Renuka Shahane 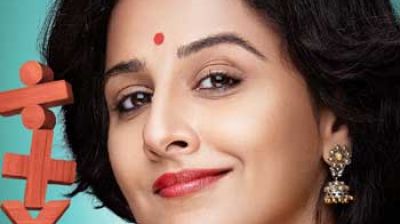 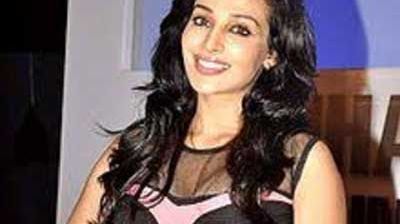