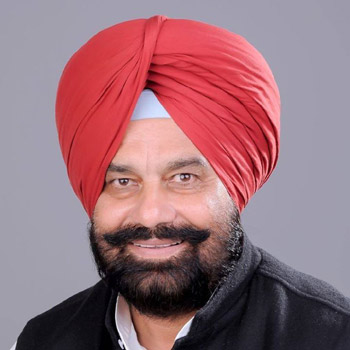 INVC NEWS
Chandigarh,
Rising up to the occasion, the Punjab Water Resources Minister Mr. Sukhbinder Singh Sarkaria remained midst relief and rescue operations for the fifth consecutive day. The Minister personally supervised the plugging of various breaches that arose out of flood fury in various districts across the State.

Heaving a sigh of relief at situation being finally under control, the Water Resources Minister expressed satisfaction over work of plugging the breaches.

Mr Sarkaria, who has been camping in Jalandhar for past few days to give fillip to the plugging work, said that officials of administration and Water Resources department and the religious organizations worked tirelessly for plugging the breaches.

Likewise, he said that there is no shortage of funds and added that the state government led by Punjab Chief Minister Capt Amarinder Singh is committed to provide relief to the flood ravaged villages of the district at the earliest.

In the meanwhile, Health Minister Mr. Balbir Singh Sidhu reviewed the post flood relief operations at Ropar and directed to expedite rehabilitation of the flood hit families. He visited the Dispensary and the Medical camp in village Phool. Health Minister directed the medical teams to ensure adequate supply of medicines and also educate people on personal protection methods like boiling water, proper cooking of food, washing of hands etc. He asked the doctors to undertake all required to check the outbreak of post flood epidemic.

No such case confirmed in Punjab so far

Punjab Government keen to extend this scheme to all residents...