There is no requirement of EMDs for MSEs and Start-ups. Make-in-India provisions have been fully integrated in all tenders

Addressing the stakeholders, the Minister said that avenues for business opportunities with Coal India are huge. The company would be investing around Rs. 14,200 Crores by the year 2023-24, in two phases for its 49 First Mile Connectivity projects. He added that first Mile Connectivity is the transportation of coal from pitheads to dispatch points. He further said that this is being done to bring in improved efficiency in coal transport and to undertake computer-aided loading replacing the existing road transport between the two points.

Further, in a transformative plan to increase coal output and reduce import dependency of coal in the ensuing years, Coal India has identified a total of 15 greenfield projects to operate through Mine Developer and Operator (MDO) model that would entail a total investment plan of about Rs. 34,600 Crores of which likely investment ending financial year 2024 is about Rs. 17000 Crores. Evacuation infrastructure is another major area where Coal India will be infusing large sums of money into economy. Investments in rail logistics like developing major railways (about Rs. 13000 Crores) railway sidings (about Rs.3100 Crores) and procurement of own wagons (Rs. 675 Crores) would total up to likely investment of over Rs. 16500 Crores by FY 23-24.

The Minister said that Coal India and its subsidiaries are engaged in procurement of various types of Goods, Works and Services amounting to approximately Rs. 30,000 crores per year. This is where the role and importance of stakeholder steps in. He added that Coal India in its endeavor to procure goods, works and services in fair, transparent and equitable manner has made numerous updates, changes in its Manuals and Guidelines for the benefits of vendors and stakeholders to enhance the ‘Ease of Doing Business’ and adherence to principles of transparency.

Shri Anil Kumar Jain, Secretary (Coal), Shri Pramod Agarwal, CMD CIL and other senior officials from the Ministry of Coal and CIL attended the Meet and interacted with stakeholders. In stakeholder friendly initiatives, Coal India has relaxed an array of measures and provided exemptions for greater participation of its stakeholders in its tenders. Experience criteria has been brought down from 65% to 50% for mining tenders, while work experience criteria are relaxed by 50% in turnkey contracts.  Pre-Qualification requirement for participation in low value Works & Service Tenders, has now been done away with. MSEs and Start-ups are exempted from having prior experience and turnover. There is no requirement of EMDs for MSEs and Start-ups. Make-in-India provisions have been fully integrated in all tenders.

The gap between demand and domestic supply of coal cannot... 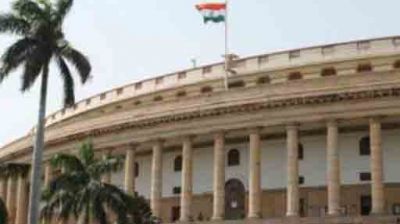 All coal blocks allocated have to obtain environmental and forest...

No shortage of coal in the country