Home Tri City News Haryana News There is a need to implement a good action plan for increasing... 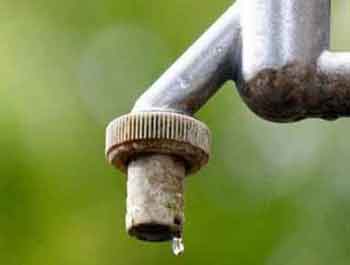 INVC NEWS
Haryana,
Chairperson, Haryana Water Resources Authority, Smt. Keshni Anand Arora said that there is a need to implement a good action plan for increasing the ground water level and management of waste water in Gurugram in a better way, only then will we see positive results. She was presiding over the meeting organized on the water plan of Gurugram district through video conferencing today.  In the meeting, officers of various departments including Deputy Commissioner, Gurugram, Dr Yash Garg and representatives of voluntary organizations working for water harvesting in Gurugram district were also involved.

Smt. Keshni Anand Arora said that keeping in mind the future of the coming generations, there is a need to make serious efforts towards utilizing the waste water in Gurugram city.  She said that the city of Gurugram, which has the status of Millennium City, has its own identity in the whole world and is also the financial capital of the state.  In such a situation, special focus should be given for water harvesting here. She said that a concrete strategy will have to be adopted regarding the depleting ground water level and water harvesting in Gurugram. For this, along with working seriously, the departments related to water harvesting are working in the field of water harvesting management, with co-operation of NGOs and other institutions.

In the meeting, HWRA member, Sh. Sanjay Marwah said that we will have to use the waste water coming out of the buildings of all the big institutions in Gurugram in the same catchment area.  Superintending Engineer, Irrigation and Water Resources Department, Dr. Shiv Singh Rawat, gave his important suggestions regarding the restoration of Damdama Lake.