Home Business Career / Profession There are many areas in which women are yet to realize their... 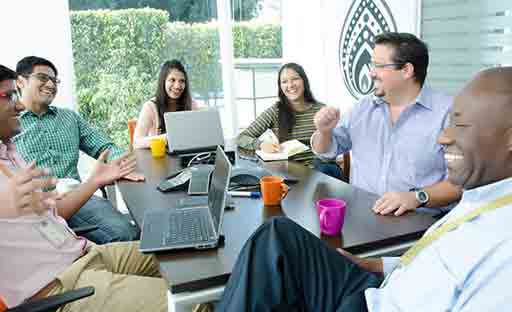 INVC NEWS
New Delhi ,
The Vice President, Shri M. Venkaiah Naidu today called for removing barriers hindering the emancipation of women in the country. He said that though our civilizational ethos encourages equal participation of women in various fields, there are many areas in which women are yet to realize their full potential.

Addressing a gathering after inaugurating the Platinum Jubilee celebrations of Mount Carmel College in Bengaluru today, the Vice President called for a greater push to women’s education through consistent efforts of the governments. He said that given an opportunity, women have always proven themselves in every discipline.

Observing that Indians are proving themselves as leaders in all fields, he said that India’s rise is widely recognized on the global stage. Touching on the issue of religious intolerance, Shri Naidu appealed that religion is a personal matter and that while one can take pride and practice one’s religion, no one has the right to denigrate others’ religious beliefs. He stressed that secularism and tolerance towards others’ views are a core part of Indian ethos and that sporadic incidents cannot undermine India’s commitment to the values of pluralism and inclusivity.

Referring to India’s glorious heritage in education, the Vice President said that India’s stellar contribution to the field of education in ancient times earned it the status of ‘Viswa Guru’. Mentioning the names of distinguished women scholars of ancient India such as Gargi and Maitreyi, he said that since ancient times, there was a clear emphasis on women’s education. He also praised many progressive rulers and reformers from Karnataka like Attimabbe and Sovaladevi, who were great patrons of learning, and the Virashaiva movement that focused on the emancipation of women through education.

Mentioning the names of many illustrious women alumni of the MCC, the Vice President lauded the College for empowering women since independence to become catalysts of change by bridging gender disparity in education.

Observing that workspaces are changing at a rapid pace, Shri Naidu emphasized the importance of adopting a futuristic approach to education by focusing on developing students’ skills ranging from artificial intelligence to data analytics. “Equally important is to possess effective communication skills,” he added.

Emerging career options and even established ones, to an extent, now require employees to have wider knowledge in diverse fields. Going forward, youth must not only have an in-depth knowledge of their specialization, but must also be strong in fundamentals of other disciplines. They must nurture the ability to assimilate and integrate knowledge from different fields to become competitive in the 21st century job market.

Stressing the need to move away from rote learning to ‘active learning’, the Vice President wanted educational institutions to adopt an evaluation based on continuous assessment. Calling for breaking rigidity and water-tight compartmentalization of the subjects, he underlined that “Interdisciplinarity and multidisciplinarity are the way forward.”

Terming education as the most powerful instrument for building a just and equitable society, Shri Naidu wanted  educational institutions to equip youth with the right skill sets to make them not just employable but also catalysts of New India’s growth story.

On this occasion, a Commemorative Envelope of the Postal Department was also released to mark the Platinum Jubilee Year of Mount Carmel College.