Home Other Indian State News The weather turned pleasant in Delhi and its surrounding areas due to... 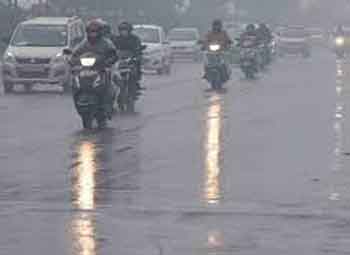 On Sunday afternoon, the weather became pleasant due to the torrential rains in Delhi and its surrounding areas. While the rains have brought respite from the scorching heat, the temperature has also come down.

In its forecast on Saturday itself, the Meteorological Department had predicted a possibility of rain in Delhi for the next three days. Due to this, the drivers had to face a lot of problems.

According to the India Meteorological Department, the day started with a pleasant morning in Delhi on Sunday and the minimum temperature was recorded at 26.2 degrees Celsius, which is two degrees Celsius below the season’s average.