INVC,, Washington, DC,,
The United States is disappointed by the refusal of the Russian Ministry of Justice to register the Party of People’s Freedom (PARNAS) today, effectively barring it from legally participating in Russia’s upcoming Duma elections. We are troubled by reports of pressure from authorities in the regions designed to intimidate PARNAS supporters, prompting them to resign positions or disavow their signatures on required lists. The right to hold free, fair, competitive elections is a universal principle that the Russian Government has repeatedly endorsed. It is hard to understand how this decision today by the Ministry of Justice is consistent with Russia’s international commitments and recent statements by Russia’s own leaders. We urge the authorities to investigate the reports of irregularities in the PARNAS registration process to ensure that the procedures used to deny registration of this party were consistent with Russian laws and international standards.

Read the full article
Tags: america Russia invc The United States is disappointed by the refusal of the Russian Ministry 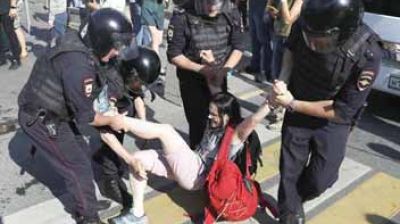