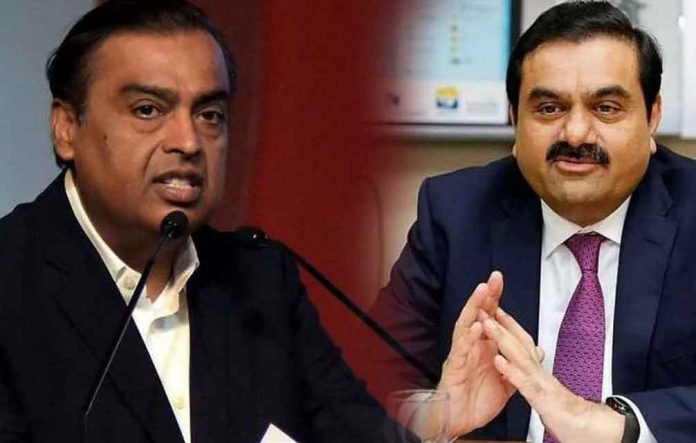 The dispute between Mukesh Ambani and Gautam Adani, the country’s largest and well-known top industrialist, is increasing. Mukesh Ambani’s empire is lagging faster than Adani’s.

The Gautam Adani Group has been continuously increasing its interference in the business and business of Mukesh Ambani’s Reliance Industries Group. Recently, the Adani Group expanded its footprint in the telecom sector through 5G spectrum. Apart from this, due to the increasing penetration of Adani Group in Petrochemical, Green Energy, Media, Telecom Sector, Biogas Sector, the strength of Reliance Group is rapidly decreasing in the national and international world.

The Adani Group’s net worth is growing at a rapid pace internationally, with the support of the government and the continuous availability of credit from financial institutions.

Mukesh Ambani is monitoring all these situations. Both the industrialists are from Gujarat. Prime Minister Narendra Modi and Home Minister Amit Shah have relations with both Mukesh Ambani and Gautam Adani. Due to the inclination of both the veteran leaders towards Gautam Adani, Dhir Gambhir Mukesh Ambani has kept silence for the time being. The way Reliance Industries is losing its dominance at the national and international level.

Opportunities are dwindling for Reliance Group internationally. Mukesh Ambani’s concerns have increased due to this. If sources are to be believed, then soon Mukesh Ambani can do a big explosion internationally for Gautam Adani to maintain his status and existence. The Adani and Ambani group’s competition in the industrial world is turning into a battle. The period of industrial speculation has started regarding this. PLC/GT