Home International The traditional farming methods used to run in the agriculture sector in... 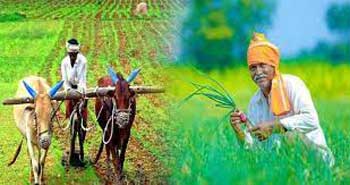 The Co-Chairperson of Bill & Melinda Gates Foundation, Ms. Melinda French Gates held a meeting with the Union Minister of Agriculture and Farmers Welfare, Shri Narendra Singh Tomar, in New Delhi today. During the meeting, Shri Tomar inaugurated the creation of an integrated “Agriculture Investment Portal” by the Ministry of Agriculture and Farmers Welfare. In the meeting, Shri Tomar said that under the leadership of Prime Minister Shri Narendra Modi, the government has full focus on promoting women farmers in the country.

Shri Tomar said that a large number of women are also working in the agriculture sector in India. To increase their number and for their continuous progress, the Union Ministry of Rural Development is also running a scheme for the empowerment of women farmers, in which the Ministry of Agriculture is partnering. At the same time, the Ministry of Agriculture spends a certain part of its budget for the upliftment of women farmers. Shri Tomar said that the “Krishi Nivesh Portal” (Agriculture Investment Portal) will prove to be a milestone in terms of investment in the agriculture sector, which will be a centralized one stop portal for agri-investors to avail benefits of various government schemes implemented by various departments related to agriculture and allied sectors. He said that this portal would prove to be handy for the investors, they would get a lot of help from it. Appreciating the work being done by the Gates Foundation in various fields in India, Shri Tomar hoped that working in the agriculture sector in India by the Foundation would prove to be a good experience.

Ms Melinda Gates said she would be happy to work with the Ministry of Agriculture. She wants that there should be maximum involvement of women farmers. She said that the Foundation is working in many countries and has a good experience in India. Ms. Melinda Gates expressed happiness over India getting the presidency of G-20 and expressed her desire to always work together. Union Agriculture Secretary Shri Manoj Ahuja and Director General of Indian Council of Agricultural Research (ICAR), Dr. Himanshu Pathak also gave their views in the meeting. Joint Secretary Shri Praveen Samuel gave a presentation. Other officials of the Ministry of Agriculture, Confederation of Indian Industry (CII) and representatives of the India office of Gates Foundation were present on the occasion.

Government is promoting natural farming through a sub-scheme