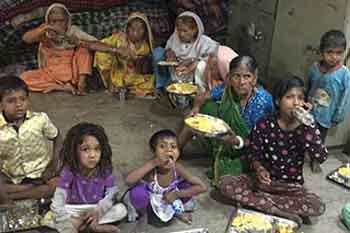 The total enrollments under APY Scheme have crossed 4.01 crore as on March 2022 out of which more than 99 lakh APY accounts were opened during FY 2021-22. The scheme had seen this tremendous success due to the active participation of all categories of Banks. Around 71% of the enrolments done by Public-sector banks, 19% by Regional Rural Banks, 6% by Private Sector Banks, 3% by Payment and Small Finance Banks.

On Independence Day 2021 speech our Hon’ble Prime-minister emphasized on the saturation of Government’s social security schemes including Atal Pension Yojana to each and every entitled person. PFRDA, in line with the Government’s saturation mission has undertaken to conduct outreach programs in co-ordination with all SLBCs and RRBs across the country. In the FY 2021-22, 13 such physical outreach programs were conducted and the remaining programs will be conducted in the current Financial Year.

Atal Pension Yojana is the guaranteed pension scheme of Government of India administered by PFRDA. The scheme allows any Citizen of India between the age group of 18-40 years to join through the bank or post office branches where one has the savings bank account. Under the scheme, a subscriber would receive a minimum guaranteed pension of Rs.1000 to Rs. 5000 per month from the age of 60 years, depending upon his contribution. The same pension would be paid to the spouse of the subscriber after the demise of subscriber and on demise of both the subscriber and spouse, the pension wealth as accumulated till age 60 of the subscriber would be returned back to the nominee.

PFRDA is committed to take total enrolments under APY to greater heights and contribute towards making India a pensioned society.