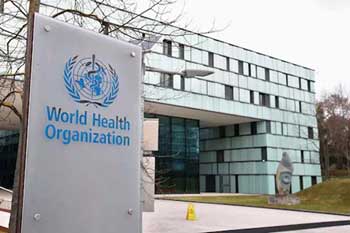 At the outset, Dr Harsh Vardhan congratulated WHO for their continued support to India in its journey to eliminate TB by 2025. He thanked the organization for helping ICMR and the Indian Association of Preventive and Social Medicine in the recently conducted Sub-National Disease Certification. “We have now declared one UT, Lakshadweep and one District, Badgam in Jammu and Kashmir as TB free”, he stated.

Dr Harsh Vardhan also detailed how WHO has always been a constant source of transformative change in all health matters “Right from technical support, research, policy, monitoring and evaluation,capacity building to public health communication and knowledge dissemination, WHO have always been there to support us; be it in drawing up the National Health Policy, or in initiatives like Ayushman Bharat, strengthening primary care through Health & Wellness Centresorpromotion of digital health.” In this context, he reminisced the fruitful collaboration he had with WHO as Delhi’s Health Minister and the exceptional role played by WHO in wiping out Polio myelitis from India which used to have 60% of the global case burden before 2009. India is polio free since 2011. He also further elaborated the support provided by WHO in the COVID crisis.

Highlighting the significant role the Consultant Network played under the National Tuberculosis Elimination Programme (NTEP) which hashelped in reducing the gap of missing cases, and in achieving successful treatment outcomes, he said, “It is an encouraging sign and reflects that we are now able to providebetter access for TB patients through our health sector (both public and private) and also reach out to communities through our Active Case Finding (ACF) drives, and provision of free treatment to TB patients. As proper diagnosis and prompt treatment are key to TB elimination, the consultant network must now focus on both detecting cases early and preventing the emergence of new cases.”

Dr Harsh Vardhan stressed on the need to create a scalable and replicable model at the earliest at the grassroots. He said, “The Success of the TB Jan Andolan solely depends on activities reaching grassroots populations. Action has topivot around States and most importantly, in hard-to-reach areas. No two States are the same and we need to customize activities as per geography to accomplish a multiplier effect and bring in perceptible and measurable change.” He also noted that the time is ripe to build upon the work that WHO has been supporting for the last 70 years and expand the collaboration beyond medical interventions to include other Ministries, Gram Panchayats, and elected representatives.

He concluded his speech emphasizing that eliminating TB from India is not only important for this country, but has much deeper ramifications for the whole world and will considerably motivate smaller countries to this end.

He also expressed his unreserved thanks to every individual of the network working in different capacities on the ground at the level of villages, district and States, in hospitals and in research and implementation of policy for helping India fight TB and requested their full attention towards making the TB Jan-Andolan a success.

Dr Poonam Khetrapal Singh observed that India’s political commitment to end TB is reflected in the more than fourfold budget allocation for TB in the period 2016-2018 (from 105 million USD to 458 million USD). She also pointed out that this allocation ensured that the WHO Tuberculosis Consultants Network was not dependent on any other donor source for sustenance.

Dr Sunil Kumar, Director General of Health Services and other senior officials of the Ministry were also present on the occasion.