INVC NEWS Haryana, Haryana Chief Minister Manohar Lal has set a target to provide employment opportunities to two lakh youth of the state and for this, new schemes are being prepared. The efforts of Haryana in the field of skill development have earned recognition at the national level. This was stated by Additional Principal Secretary to Chief Minister, Dr Rakesh Gupta while presiding over a meeting with all Deputy Commissioners of the State through video conferencing, here to review the progress of various schemes being implemented in all districts of the state. He said that the state government is committed to provide maximum employment opportunities to the youth in the state. Apprenticeship opportunities in government departments would be provided to those youth who are pursuing vocational courses through the ITIs in the state so that they could get the experience of working in government departments. A budget provision has also been approved for the same for the year 2017-18. He directed the officers that the ITI students be enrolled for training in their departments as per the rules. The Chief Minister, Mr Manohar Lal would himself review this scheme soon, Dr Gupta added. While reviewing the Beti Bachao-Beti Padhao Programme and Protection of Children from Sexual Offences (POCSO) Act, Dr Gupta directed the officers to take strict action against those found indulged in the illegal practice of sex determination. He also directed the officers to ensure the strict implementation of POCSO Act in their respective districts and asked them to put a complete check on the sale of intoxicants. Dr Gupta said that for the first time, composite score indicators have been prepared for reviewing the functioning of CM Window. With this system, the status of complaints pertaining to all districts as well as their redressal could be seen on a single screen. He also reviewed the progress of Swachhta Abhiyan through the Swachh App and Swachh Map and directed the concerned officers to provide desired results by using these Apps. The other schemes which he reviewed during the meeting, included road safety, crime and criminal tracking network system, e-Upchar, Harpath, ODF, social audit pilot plan and others and gave necessary directions for the effective implementation of these schemes. 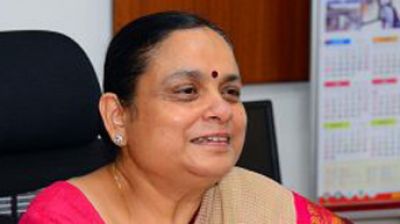 Adequate security arrangements would be made