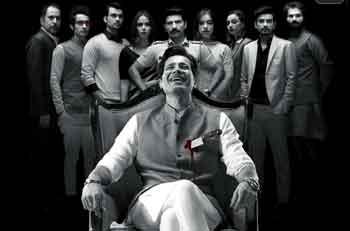 ALTBalaji & ZEE5’s upcoming crime mystery Dark7White has been making all the right noises owing to its intriguing teaser and ensemble cast. The web-series based on the book, Dark White, written by author Shweta Brijpuria, and published by Leadstart, is already ranking in the top 10 Most Anticipated New Indian Movies and Shows list on IMDB!

The publishing house of the novel has now unveiled the revised edition of the book, with the cover featuring the show's poster from the web-series Dark7White. On its latest cover of the book, we can see Sumeet Vyas, sitting on a chair with the stellar ensemble cast behind him. 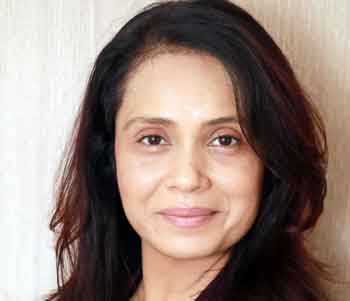 “The web-series Dark7White is based on the thriller, Dark White! The gripping trailer and intriguing poster of our upcoming show DarK7White, has received a tremendous response from the audience. It is indeed a proud moment for all of us at ALTBalaji, as the book which has inspired the show, has adapted our ensemble poster as its cover. It allows us to tap into those avid readers who loved the book Dark White and engage with them through our web series.”

Speaking on the occasion, Swarup Nanda, the CEO of Leadstart said, “When we read Shweta Brijpuria’s book - Dark White for the first time, we found it intriguing and interesting and we knew it had all ingredients to make it to the screen. The work done by the creative team at Balaji has been exciting to watch. The era of OTT has brought in a need for good stories from books to be told on screen as well, it is a welcome change. We are proud to have more than half-a-dozen of our bestsellers making it to screen, providing our authors' platforms to reach a bigger audience.”

The series has been receiving a lot of love for its suspenseful and crime-based content. The makers of the show recently dropped its teaser, and fans have been asking for more! Fans will be witnessing Sumeet Vyas as the dashing and debonair Yudi, an aspiring politician who ends up getting murdered on his way to an oath-taking ceremony with his college friends being the prime suspects.

Dark 7 White is a youth-oriented political murder mystery that’s narrated in a quirky storytelling style laced with dark humour. It is a gripping story about seven friends having high profile jobs, with the story, shedding light on how their situation was not the same back in their college days. What adds to the intrigue is the story of one of these seven characters who use the other six for his advantage. Stay tuned to find out more! 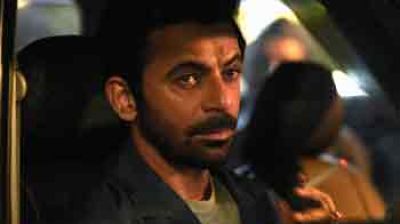 I never thought that Ali Abbas Zafar cast me for... 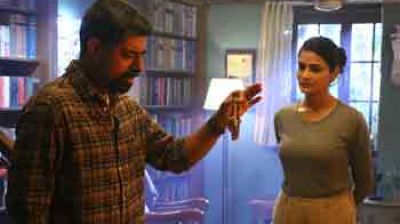 Flipkart Video and Sikhya Entertainment are set to bring out...