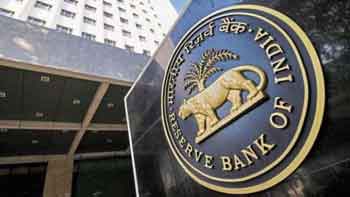 The Monetary Policy Committee (MPC) of the Reserve Bank of India (RBI) will meet on December 6-8 to discuss the country’s economic policy and strategy. The MPC meeting will take place at a time when the country is coping with high inflation, despite the fact that the rate has declined from its peak in June-July, when it was above 6%. The current CPI inflation rate for October is 4.48 per cent. The RBI MPC meeting be crucial for investors and economists.
The economy grew by 20.1 per cent in the last quarter (April-June) compared to the same period last year, when a nationwide lockdown caused by the Covid-19 outbreak had almost halted all economic operations. The Indian economy grew at an annual pace of 8.4% in July-September, the second quarter of fiscal year 2021-22, owing to a low base but assisted by greater immunisation and a pick-up in many sectors.
After the difficult COVID period, the real estate sector is also quickly recovering. People sought alternatives that would allow them to spend more time at home or have a stable investment asset at their disposal after two horrific strikes. In the first three quarters of 2021, Housing.com data revealed that 140,087 units were launched and 138,051 were sold, reflecting a 199 per cent year-over-year rise in launches and a 228 per cent year-over-year increase. Quarterly sales climbed by 250 per cent, while year-over-year sales increased by 59 per cent.
The real estate sector anticipates that the RBI will maintain its accommodating stance at the forthcoming MPC. “The RBI has taken initiatives to help growth in many businesses and sectors. Real estate witnessed strong demand due to low home loan interest rates, and the RBI has helped the sector by maintaining the status quo. We recommend that customers take advantage of the current scenario because, in the future, prices may rise due to higher raw material costs,” adds LN Jha SKA Developers.
“While the repo rate remains stable, the need for industry-specific initiatives cannot be disregarded. While buyers were returning to real estate, demand became subdued when the second wave hit, only to resurface a few months later; thus, interest rates must be further decreased, making real estate assets more appealing with low EMIs,” says Pradeep Aggarwal, Founder & Chairman, Signature Global and Chairman, National Council on Affordable Housing, ASSOCHAM.
Though record low EMIs are encouraging home buyers, there is no measure in place to help the commercial segment flourish. “We expect the RBI to make specific announcements to encourage investment in the commercial segment. We are hoping that the RBI will extend the TLTRO accessible to NBFCs further as it was extended till September 2021 in the last MPC,” says Uddhav Poddar, MD, Bhumika Group.
The apex bank repo rate announcements directly impact the country’s economic progress. “As the industries have not recovered fully from the slowdown, industry-specific mitigating measures have become the need of the hour. The value of the real estate as an asset will continue to rise over time as the business recovers; low home loan interest rates have been extremely beneficial to the sector. Furthermore, additional effort and government backing are required to reintroduce the influx of market laggards,” says Dhiraj Jain, Director, Mahagun Group.
According to realtors, the RBI may postpone liquidity normalisation steps by raising the reverse repo rate; this would be required due to the current economic situation, which requires more time to recover entirely. “We feel that discussions of a reverse repo rate hike are premature since the RBI has essentially narrowed the corridor without the noise of rate hikes and the associated market commotion. Maintaining the current reverse report rate will be a prudent decision,” says Kushagr Ansal, Director, Ansal Housing and President, CREDAI Haryana.