Home Politics Aam Aadmi Party The people of Gujarat are very sad that there is a BJP... 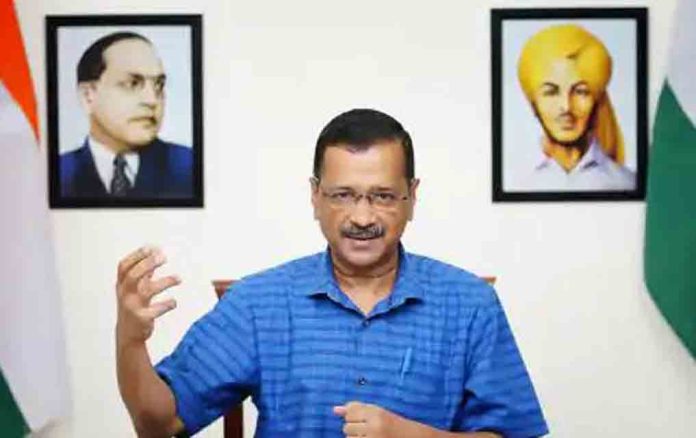 The people of Gujarat are very sad that there is a BJP government for the last 27 years.

Delhi Chief Minister Arvind Kejriwal said in Gujarat that he is not interested in becoming the Prime Minister. During his fifth visit to Gujarat in less than a month, he said, “We have not come here to get such posts. I just want to make India the No. 1 country.”

The AAP chief said, “I am hearing that Manish Sisodia may be arrested in three-four days. Who knows, I may also be arrested. All this is being done for the Gujarat elections.

Delhi Deputy CM Manish Sisodia is also on a tour of Gujarat with Arvind Kejriwal. Kejriwal said in the press conference that the people of Gujarat are very sad. For the last 27 years, there is a BJP government, a lot of arrogance has come in it, it does not listen to anyone. They say people don’t have a choice, what will people do.

Aam Aadmi Party has been discussing public issues in front of the public for the last several days and is running a positive campaign. We are telling how we will get rid of inflation, what will we do for the unemployed, women, farmers.

Kejriwal said that we have done good work for health, education and women in Delhi. Free transport to women in Delhi, made water and electricity free. Provided employment to 12 lakh youth. Similarly, if our government is formed in Gujarat, then here also we will give a lot of relief to the people.

Under the leadership of Kejriwal ji, free superb world class education has been ensured for every child of Delhi in Delhi. Great education is available to every child born in Delhi. The parents of Delhi are satisfied that Kejriwal ji has built excellent schools for their children and this work has now started in Punjab also. In 5 months the Punjab government has worked very fast and soon you will see the results. PLC/GT