INVC NEWS New Delhi, The Government has said that it will review the Comprehensive Environmental Pollution Index (CEPI) and install machines to gauge pollution levels in 66 cities with a population of more than one million. Speaking after chairing a series of brainstorming meetings with all the divisions in the Ministry to formulate an action plan for 2016 here today, Minister of State (Independent Charge) of Environment, Forest and Climate Change, Shri Prakash Javadekar said that the thrust of the action plan for 2016 will be on increasing public participation, bringing down delays and aiming for zero delays. The Minister said that the new Waste Management Rules will achieve the Clean India campaign envisioned by the Prime Minister, Shri Narendra Modi. He stated that Solid Waste Management Rules, Construction Waste Management Rules, Plastic Waste Management Rules, Bio-medical Waste Management Rules and Hazardous Waste Management Rules have been revamped and will be declared soon. Shri Javadekar said that directions will be issued soon to State governments under Section 5 of Environment Protection Act, 1986 on Sewage Treatment Plants (STPs) that are not working. The Minister added that it is the responsibility of State governments to ensure that the STPs become functional. He also said that post-Paris, much work needs to be done and that India will follow-up on the success of Paris Conference and engage proactively with the world. The series of meetings held today also reviewed the Coastal Regulation Zone (CRZ) policy. 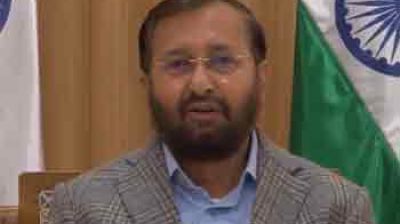