Trailers are a sneak peek into a film and Bollywood had understood their importance in a film’s fate long time ago. Punjabi film industry is also coming at par with the B-town standards and that’s the reason why filmmakers here are spending some extra

bucks and efforts to releasing a trailer that intrigues their viewers right from the go. Keeping on the trend, Charanjit Singh Walia and Tegbir Singh Walia from Teg Productions have released the trailer of their much-awaited project ‘Aate Di Chidi’ and need we say this one’s going to be a blockbuster.

The movie has been in news right from its announcement because of the fresh pairing of Neeru Bajwa opposite Amrit Maan. Alongside these two talented artistes, the film also has stellar actors like veteran Punjabi actor Sardar Sohi, Gurpreet Ghuggi, BN Sharma, Karamjit Anmol, Nirmal Rishi, Harby Sangha, Nisha Bano, Preeto Sawhney, Dilawar Sidhu, Prakash Jadu, and Anmol Verma. As per the film’s trailer, Aate Di Chidi is going to be a giggle-fest where Punjab’s issues will be gently showcased in a humorous way. The movie is helmed by Harry Bhatti and Raju Verma has written the story of this. It’s a presentation by Teg Productions. This movie is shot in Punjab and Canada.

The leading lady of film Neeru Bajwa was excited at the launch of the trailer and was quoted saying, “I have worked in many Punjabi movies but this is the first time I am doing a film which is somehow associated with Punjab and its essence, the Punjabiyat. Aate Di Chidi has been a learning experience and an eye opener for me as I have been living away from my motherland. Canada has been my home for quite some time now and the film’s story felt so close to our realities. Now, the real countdown has begun. People have watched the trailer and we have received thumbs up. I am definitely more excited now. I just hope people will love the film as well.”

Bamb Jatt of Punjabi industry, Amrit Maan said, “I am extremely excited about the film since the day it has been announced. But as the final release day is getting nearer, I am getting a little nervous. I am excited to see how people are going to react about it, how they will respond to my character, whether I have done justice to it or not. But as the trailer is getting positive response from the audience, I am hoping that we are going to be a hit team. I just wish everything works well.”

Captain of the ship, Harry Bhatti said, “It has been long journey from the start to this. And we have worked so hard on this project. But when we get to watch the final product getting accepted and loved feels like this is worth the hard work. Working with such a wonderful team and stars has been an incomparable experience. “

Charanjit Singh Walia, the producer of the film quoted, “I can just put it in a simple sentence: this is our dream project. And every member of team worked like that only. Now it is just up to the audiences how they will accept it. We just hope for the best.” 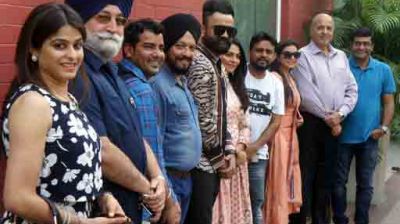 ‘Aate Di Chidi’ is the story of the emotions which... 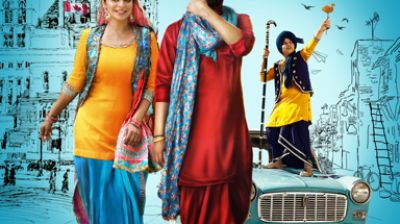 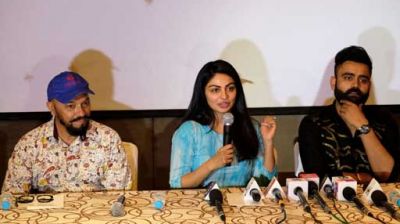 Neeru bajwa and amrit maan launch the first look of...