The khadi institutions will be able to benefit through liquidation of rebate arrears : Virbhadra Singh

INVC,, Delhi,, The Ministry of Micro, Small and Medium Enterprises has approved release of Rs 182.02 crore through Khadi and Village Industries Commission (KVIC) towards settlement of old rebate claims of khadi institutions and also providing a one-time incentive on their stock that could not be sold till 31 March 2010, here today. Shri Virbhadra Singh, Union Minister for MSME said that with the infusion of financial assistance of Rs 182 crore, the khadi institutions will be able to benefit through liquidation of rebate arrears and are expected to achieve a smooth transition to the MDA scheme thereby improving the efficiency, productivity, marketability, production and sale of khadi products by undertaking market based production, besides increasing the earnings of spinners and weavers. Khadi programmes are coordinated by KVIC which was established under the KVIC Act, 1956. Production and major part of the sale are carried out through around 2000 khadi institutions affiliated to KVIC and State KVI Boards located all over the country. More than 10 lakh artisans (spinners, weavers, etc.) are drawing sustenance from them. Till 31 March 2010, rebate provided to customers used to be claimed by khadi institutions on the basis of sales made and the same used to be reimbursed by KVIC from financial support provided annually by Government. The system of rebate on sale of khadi for 180 days in a year was continuing for many decades and often led to lumping of sales for only a part of the year rather than spacing the same throughout the year. Since rebate used to be released by KVIC to the institutions following the year of actual sale, the institutions had to wait for one full year or more to claim rebate dues from KVIC. There was no earmarking of any share in rebate for the spinners and weavers and demand for khadi was not properly assessed while planning production. Delays in settlement of rebate due, also contributed to a crunch in the working capital of khadi institutions. With the introduction of new system of MDA based on production of khadi from 1st April 2010, financial assistance at the rate of 20% of the value of production can be claimed by the institutions on quarterly basis from KVIC during the year of production itself. This is expected to ease the working capital crunch faced by the khadi institutions. Artisans who have all along been at the core of khadi activities had largely remained marginalized have, with the launching of MDA become entitled to 25% direct share in the assistance (MDA) on khadi production through their bank/post office accounts. MDA scheme also provides for flexibility in pricing of khadi products, encourages market or demand based production, improvement in designs and enables institutions to renovate their sales outlets besides allowing them freedom to allow need based discounts, if required, to customers.
Read the full article
Tags: health Rural India Rural india news free business news invc Khadi and Village Industries Commission MSME KVIC Virbhadra Singh The khadi institutions will be able to benefit through liquidation of rebate arrears : Virbhadra Singh Union Minister for MSME

Instamojo partners with Syrow to help millions of MSMEs improve...

GE Healthcare has announced the First Cohort of their first...

There is enough availability of funds for construction of national... 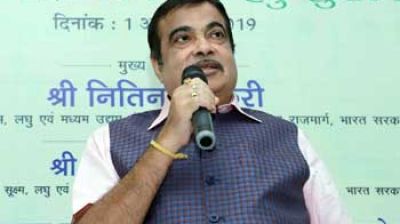 Government of India is sincerely working to fulfil his dreams