Home Entertainment Cinema The Kannada Fantasy Comedy Thriller, Avatara Purusha is set to have its... 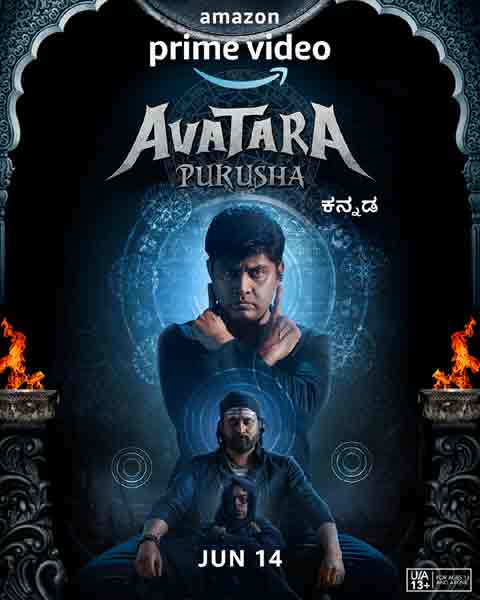 Starring Sharan and Ashika Ranganath in the lead roles, Avatara Purusha is directed by Suni, and produced by Pushkara Mallikarjunaiah under Pushkar Films

Prime Video today announced the exclusive streaming premiere of the Kannada fantasy comedy thriller Avatara Purusha. Directed by Suni and produced by Pushkar Mallikarjunaiah, the film is a laugh riot featuring Sharan, Ashika Ranganath, Sai Kumar and Sudharani in the pivotal roles. Prime members in India and in over 240 countries and territories can stream the film starting June 14 from the comfort of their homes.

Avatara Purusha follows the story of a scholar (Sai Kumar), whose only son goes missing. The scholar blames his sister (Sudha Rani) and cuts all ties with her. Years later, the sister’s daughter (Ashika Ranganath) decides to mend the severed relationship by hiring a junior artist (Sharan) to pretend to be the lost son. However, she is unaware that more trouble is waiting for the family.

“Avatara Purusha is a family entertainer that has a mix of various elements like comedy, drama, and supernatural fantasy,” said Suni, Director, Avatara Purusha. “The film opened to a positive response from the critics during its theatrical release and we are confident that the audience across the globe will also enjoy this rib-tickling comedy with enough twists to keep everyone guessing. The film is a complete entertainer and will appeal to all audiences. Watch it with your family this Friday.”