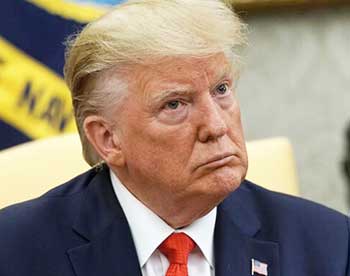 Donald Trump has bad days that he is not even taking the name of the end. Everyday some new trouble arises on Donald Trump.

The prospects for Florida Judge Ellen Cannon to be removed from the Trump classified document case of Mar-a-Lago are now wide open, as her series of pro-Trump decisions have raised doubts in the Justice Department.

Former federal prosecutor Robert Katzberg made the case in the 11th U.S. Circuit Court of Appeals in the case of government documents allegedly stolen by Donald Trump from continuing interference with work being done by U.S. District Judge Ellen Cannon Special Master Raymond Deary. steps can be taken.

Earlier in the week, Trump-appointed canon assisted Donald Trump’s legal team by ruling that he was not required to comply with an order from Dearie and respond in a filing.

As Katzberg observed, the Justice Department could appeal, which they did late Friday, and they may have a case for removing the canon.

Noting that the 11th Circuit had already taken steps to stop Canon’s excesses, Katzberg claimed that it may be open to a more forceful move. PLC/GT

Trump vents his defeat on CNN – Sued for $475 million

Donald Trump is working to woo the Indian-American community