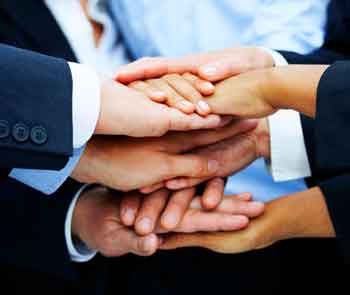 The third edition of Goa Maritime Conclave (GMC) – 2021 is being hosted by the Indian Navy from 07 to 09 November 2021 under the aegis of Naval War College, Goa. The theme for this year’s edition of GMC is “Maritime Security and Emerging Non-Traditional Threats: A Case for Proactive Role for IOR Navies”, which has been derived keeping in mind the necessity of ‘winning everyday peace’ in the maritime domain. At the GMC 2021, Indian Navy is hosting Chiefs of Navies/ Heads of Maritime Forces from 12 Indian Ocean Region countries comprising Bangladesh, Comoros, Indonesia, Madagascar, Malaysia, Maldives, Mauritius, Myanmar, Seychelles, Singapore, Sri Lanka and Thailand.

Vice Admiral AK Chawla, Flag Officer Commanding-in-Chief, Southern Naval Command delivered the welcome address by highlighting the importance of the maritime domain and Indian Navy’s commitment towards ensuring safety, security, and inclusive growth in the IOR. He reminded all present of the maritime vision of ‘SAGAR’ (Security and Growth for All in the Region) articulated by Shri Narendra Modi, Hon’ble Prime Minister of India. The Admiral expressed confidence that the discussions during the Goa Maritime Conclave would help foster a shared understanding of the emerging non-traditional threats in the maritime domain and would also help in developing a ‘common perspective’.

Delivering the Conclave Address, Shri Ajay Kumar, Defence Secretary brought out that the Goa Maritime Conclave (GMC) was symbolic of India’s constructive engagement in the Indian Ocean Region (IOR). Defence Secretary noted that Maritime Security and Economic prosperity were inter-related and inter-dependent from times immemorial. Defence Secretary also highlighted India’s engagement and continued efforts towards reaching out to the nations in the region bilaterally and under the framework of IONS, IORA, BIMSTEC, Colombo Security Conclave and other structures. He highlighted the Indian initiative of setting up the Information Fusion Centre for Indian Ocean Region (IFC-IOR) towards fostering better understanding of the maritime domain and sought further support and participation from maritime countries of the IOR.

Dr Ajay Kumar also lauded the Indian Navy for their contribution in fighting the COVID-19 pandemic, adding that it only remained on high vigilance duty safeguarding marine borders but went an extra mile to provide assistance to a large number of IOR littoral nations. Commending the Indian Navy for saving precious lives at sea during cyclones and other natural calamities, he said, Armed Forces, particularly the Navy in the context of seas, has a cardinal role in not only ensuring safe and peaceful sea lanes, but also responding to humanitarian crises in man-made or natural disaster situations. “Indian Navy has and will continue to work for HADR in the region as a first responder and net security provider,” he said.  He emphasised that India will work with all willing nations for peace in the region. Standing for a rules-bound world, he said that India will continue to oppose attempts of aggression and to deter them on land and the sea. “Maritime domain is so vast and challenges are so diverse that going alone is not an option for practically any country. We welcome all nations which respect rules and shun aggression, to collaborate in our region,” he said.

The Keynote Address was delivered by Shri Harsh Vardhan Shringla, Foreign Secretary, who highlighted India’s vision of SAGAR and approach to maritime security. He reiterated that maritime transport and logistics are a major component of the Blue Economy and are particularly important for IOR countries. The Foreign Secretary mentioned that half of the world’s container ships, one-third of the world’s bulk cargo traffic and two-thirds of the world’s oil shipments traverse through the IOR. The Secretary brought out that Institutional dialogues between maritime security agencies in partner countries help build relationships and processes that contribute to improvement of security related outcomes. He said that India believes that alleviating suffering is central to reducing insecurity and building trust and confidence in keeping with our philosophy of Vasudhaiva Kutumbakam, or the world is one family.

During day 1 of GMC-21, the following sessions were undertaken with active interaction and constructive deliberations by the delegates.

1. Imperatives for Mitigating Emerging Non-Traditional Threats in Areas Beyond National Jurisdiction in IOR