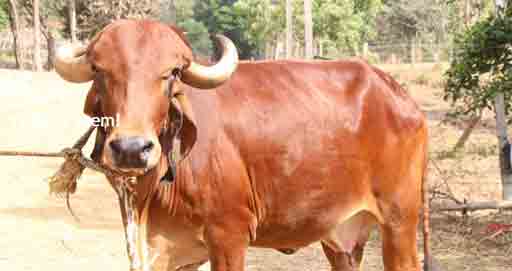 INVC NEWS
Chandigarh,
Punjab Gau Sewa Commission Chairman Mr. Sachin Sharma, on Thursday, welcomed the advice of the Allahabad High Court, in which the Court has asked the union government to declare cow as the national animal.

Presiding over an urgent meeting of the commission in this regard, Mr. Sharma said that legal experts also believe that the importance of the cow is unparalleled and as per the holy scriptures cow is a symbol of Indian culture and devotion.

Referring to the letters written to the Prime Minister of India on August 5, 2020 and June 15, 2021 to consider cows as the national animal like Nepal, he asked the Modi government what action has been taken so far on the appeal. He lamented that no attention had been paid to these letters and no concrete law had been enacted so far to stop the cruelty against bovine and to stop the killing of the cows. The Chairman alleged that in fact the union government had completely forgotten the importance of the cows. Similarly, no BJP activist has done anything meaningful for the welfare of cows.

Mr. Sharma said that in the light of the Allahabad High Court’s remarks, the union government should take appropriate action. “I believe, any religious act performed on a land where Gaumata is disrespected cannot succeed”, he said.