Home Other Investigation News The Government of India constituted a Cheetah Task Force to guard the... 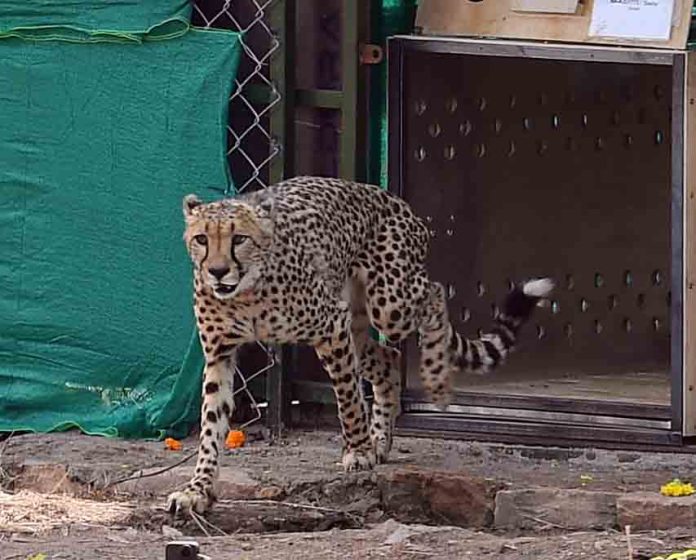 The National Tiger Conservation Authority (NTCA) would facilitate the working of Cheetah Task Force and render all necessary help.  The Task Force shall be in-force for a period of two years.  This task force may appoint a subcommittee to regularly visit the Cheetah introduction area as and when decided by them.

Cheetah restoration is part of a prototype or model for restoration of original cheetah habitats and their biodiversity.  This will help to stem the degradation and rapid loss of biodiversity.  Bringing back a top predator restores historic evolutionary balance resulting in cascading effects on various levels of the eco-system.  Bringing the cheetah back is expected to have important conservation ramifications.  The cheetah has been the evolutionary natural selection force that has shaped the adaptation of high speeds in Indian antelopes and gazelles.  By restoring cheetah, we would also be able to save not only its prey base comprising certain threatened species, but also other endangered species of the grasslands / open forest eco-systems, some of which are on the brink of extinction.

The Task Force has been constituted to:

The members of the Task Force include: