Home Other Agriculture The government is also going to give the benefit of interest waiver... 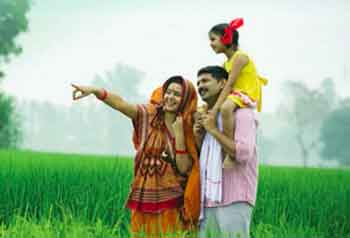 The government is also going to give the benefit of interest waiver to the ineligible farmers.

The state government is also going to give the benefit of interest waiver to the ineligible farmers. Such farmers will not only get short term agricultural loans again, but they will also be able to take fertilizers and seeds from the societies.

For this, the cooperative department has prepared a proposal for a solution plan and sent it to the agriculture department. In this, ineligible farmers will be included before 31 March 2018. Interest waiver will be eligible only on repayment of the principal amount. According to the information received, now the government is going to give interest waiver to the ineligible farmers who do not repay on time by taking loans from primary agricultural credit cooperative societies in the state. The scheme can be implemented from November 1, the foundation day of Madhya Pradesh. Before the 2018 assembly elections, the Congress had announced a loan waiver of Rs 2 lakh to farmers if voted to power.

On becoming the Chief Minister, Kamal Nath implemented the scheme. Before its second phase could start, in March 2020, Kamal Nath had to resign from the post of Chief Minister due to being reduced to a minority. After this the scheme went into cold storage and the farmers who had not cleared their dues in the hope of loan waiver became ineligible. Now they are neither getting short term agricultural loans from cooperative societies nor fertilizers and seeds. Farmers with less land holdings are more upset because they are not getting the benefit of the Shivraj government’s interest-free agricultural loan and advance storage of fertilizers. Departmental officials say that there is a loan of five thousand 200 crore rupees on the farmers.

The government has made a provision with buy generic carisoprodol of Rs 350 crore in the supplementary budget for the scheme. In view of the problems of the farmers, the Chief Minister had announced an interest waiver. The cooperative department has also prepared a proposal for a resolution plan for interest waiver and sent it to the agriculture department. PLC/GT