In his address, the Union Home Minister said that the Uttar Pradesh State Institute of Forensic Sciences,with its sprawling campus, will have a grand beginning. Today its seed has been planted, but when this banyan tree grows, then many students will make their career from here. Many students will participate in research here and become the backbone of law and order machinery, not only of Uttar Pradesh but of the entire country. Shri Amit Shah said that when Shri Narendra Modi was the Chief Minister of Gujarat, he established in Gujarat the first of its kind forensic science university in the world. I was fortunate that at that time I was the Home Minister of the state and when Narendra Modi became the Prime Minister, he set up the National Forensic Science University in 2019 and brought the Gandhinagar University to the national stage. The Home Minister said that about Rs 200 crore would be spent on the Uttar Pradesh State Institute of Forensic Sciences to be built in Lucknow. Along with this, the Government of India has allocated an amount of Rs 15 crore to build a DNA Center here, so that the country's most advanced DNA Center will be built here. Shri Amit Shah said that initially about 150 students will graduate from this institute every year and there will be more than 350 faculty. This institute will provide research and development in the field of forensic science and integrate it with practical applications. There will also be a resource center for behavioural science and civil and criminal law, which will help in the field of justice in all the states of the entire northern region. Shri Amit Shah said that he is confident that under the leadership of Yogi Adityanathi, this institute will prove to be a milestone in the history of police modernization across the country.

Shri Amit Shah said that Uttar Pradesh is at the forefront of the country in the implementation of 44 developmental schemes. He said that it is very easy to make schemes but it is very difficult to makea system to implement the schemes on the ground, to reach them to the beneficiary, eliminate middlemen so that the beneficiary gets the benefits of the schemes without any problems and without paying bribe. Yogi Adityanath and his team have secured first place in the whole country in 44 schemes and tbis is a matter of pride for all of us. The Home Minister said that development has been done in every field in Uttar Pradesh. Whether it is industrial investment, successful implementation of schemes orimproving the law and order situation, waiving off the loans of poor farmers, and whether it is a matter of giving the right price of farm produce to the poor farmer and crediting directly into his bank account without middlemen, whether it is to build toilets in every house, to provide houses to all homeless people, to provide gas cylinders to 1.47 crore women, to provide electricity connection or to crackdown on corruption, Uttar Pradesh has done a great job under the leadership of Yogi Adityanath in every field.

Shri Amit Shah said that he has visited every district and tehsil of Uttar Pradesh during the past six years from 2013-2019, and therefore he very well remembers the earlier Uttar Pradesh. Whether people were abandoning homes because of fear in the Western parts of the state, whether women felt insecure, whether land mafia illegally occupiedproperties of the poor and public land, whether there was firing in broad daylight or ariot-ridden Uttar Pradesh. Shri Shah said that in 2017 his party had made a promise that we will make the state a developed by improving the law and order situation in Uttar Pradesh. The Home Minister said that today when I am here in 2021, I can proudly say that Yogi Adityanath and his team have worked to take the law and order situation of Uttar Pradesh to the forefront of the country. As a result of this, the economy of Uttar Pradesh has increased from Rs.11 lakh crore to Rs.22 lakh crore in four years and now ranks second in the country. He said that the Uttar Pradesh government has done a great job under the leadership of Yogi Adityanathduring both waves of Covid.

Shri Amit Shah said that governments led by our party do not run on the basis of castes and families, do not work to benefit families of our leaders, rather our governments work for the development of the poorest people of the country and to improve law and order. In such a large state with a population of 22 crore,  it is a great achievement to fix the poor health system handed over by the previous government. Shri Shah said that Uttar Pradesh is also the first in vaccinations. Apart from being at the forefront in providing beds and testing in hospitals, Uttar Pradesh is also at the forefront in providing security to the people of the state.

The Union Home Minister said that Narendra Modi has started to strengthen law and order in the country. The Ministry of Home Affairs has made many new beginnings under the leadership of Narendra Modi. He said that although law and order is a state subject, the Center is taking some such initiatives so that the law and order situation of the entire country can be strengthened. Many forensic science colleges shall be established across the country, that would be affiliated to the National Forensic Science University, Gujarat. The Union Home Minister said that he is confident that before 2024, forensic science colleges will be opened in half of the states across the country. The Union Home Minister said that the conviction ratio in our country is very low as compared to other countries and the main reason for this is lack of professional education. Shri Amit Shah said that the Forensic Science University will help the judiciary in the conviction of criminals on scientific basis. The Union Home Minister said that he is confident that this will increase the punishment ratio as well as reduce the rate of crimes. Under the leadership of Narendra Modi, we have also started the National Defence University in 2020. This university will also work to connect colleges across the country, so that we will also get trained manpower.

The Union Home Minister also said that policing today is not the same as 20 years ago, today many crimes like counterfeit currency, narcotics, narco-terror, terrorism, cyber crime, economic crime, arms smuggling and cow smuggling have come to the fore. There is a need to modernize the police force across the country. Keeping this in mind, with the inspiration of Prime Minister Shri Narendra Modi, the Ministry of Home Affairs has established the National Forensic Science University and National Defence University. Shri Amit Shah said that the police are infamous for two reasons, either no action or extra action. No action is not good because inaction cannot fix law and order and extreme action is also not good as it results in reaction. So, the police should move out of these and move in the direction of a rational reaction in the direction of Just Action. Towards this, both these universities will do a great job.

Shri Amit Shah said that most leaders are not seenduring floods, the Covid pandemic, procurement of food grains from farmers, loan waiver of farmers, to provide toilets, electricity, gas and to give houses to the poor who are without roofs on their head, but during elections they appear on the scene wearing new clothes. He said that having fulfilled all the promises we made in 2017 in Uttar Pradesh, we will face the people of the state in 2024. The people of Uttar Pradesh had never even imagined a riot-free state, the youth had never dreamt of jobs, traders could not think of a successful business without paying unauthorized taxes, and no one could think of so much industrial investment in Uttar Pradesh. But the Uttar Pradesh government under the leadership of Yogi Adityanath has taken the state far forward by changing all this.

Shri Amit Shah said that today is also the death anniversary of Lokmanya Bal Gangadhar Tilak. The people of the country, the history of the country and many generations to come can never forget the contribution of Tilak Maharaj in the freedom movement. Lokmanya Tilak was the first person who said that freedom is my birthright. This slogan shook the foundations of the British Empire. Lokmanya Tilak and his contemporaries Lala Lajpat Rai and Bipin Chandra Pal, - Lal, Bal and Pal, the trinitythat put together a movement all over India, on the foundation of that movement, today our country is independent and moving towards being among the most developed countries of the world. Today, I pay my humble tributes to Tilak Maharaj and hope that the generations to come, imbibing the spirit of his principles and patriotism, will take the country forward.
Read the full article
Tags: Investigation News amit shah Yogi Adityanath Forensic Science University 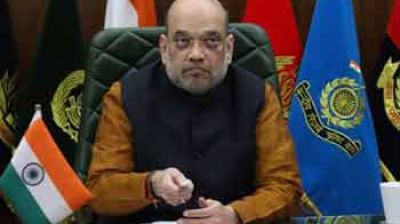 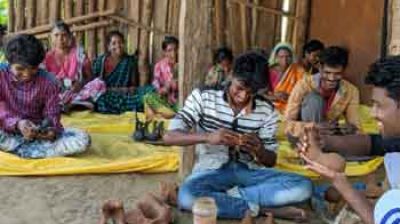 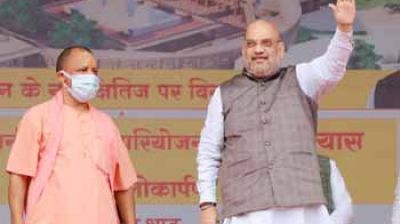