Home Other Indian State News The first snowfall of the season has been seen on the peaks... 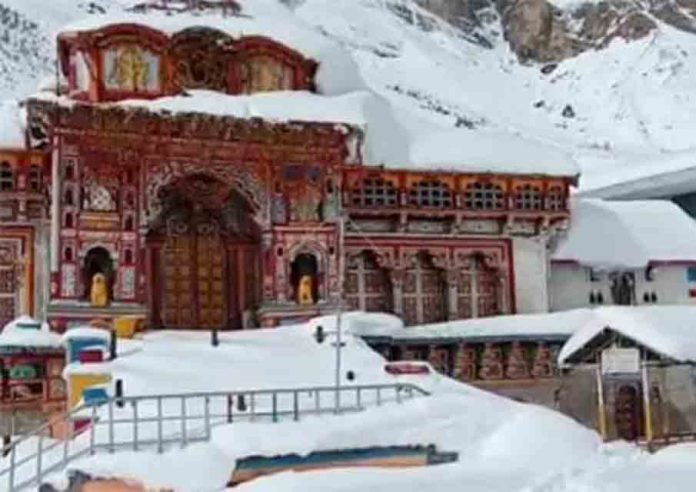 The first snowfall of the season has been seen on the peaks of Badrinath and the holy pilgrimage site Hemkund Sahib.

The cold weather has knocked. The first snowfall of the season has been seen on the peaks of Badrinath and Hemkund Sahib, the holy pilgrimage site of Sikhs. It has been raining on the mountains for 3 consecutive days.

There is an influx of devotees here. People are enjoying the snowfall and its view to the fullest.

This time in September, the mountain peaks have started turning white with snow. It is believed that in the coming days, the period of continuous snowfall will continue here. This cold may start before time. At present, the Meteorological Department has issued a red alert regarding rain. Still, the enthusiasm of the devotees is not diminishing. The mercury has dropped in the hilly states due to snowfall amid the rains.

Many states including Uttarakhand, Himachal and Jammu and Kashmir have been receiving continuous rain for the past several days. According to the Meteorological Department, there is a possibility of more torrential rains in these states for the next few days. In such a situation, tourists going there have been instructed to take extra precautions. PLC/GT

Pitra Paksha 2023 – Pind Daan and Tarpan for the ancestors

Indira Ekadashi 2022: Get rid of such debts and life-long sufferings