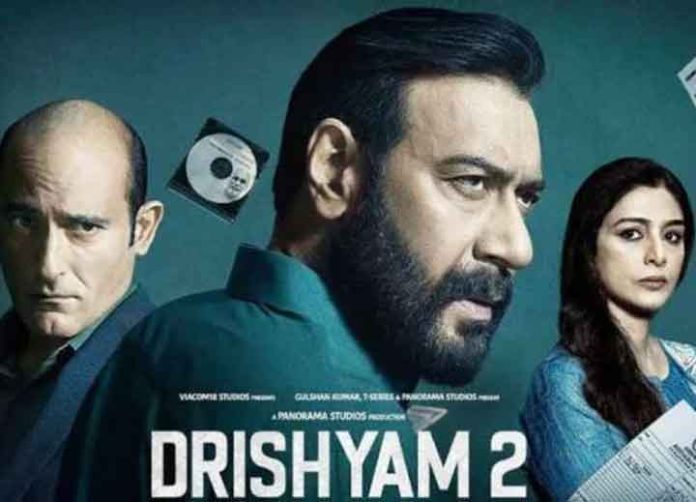 Ajay Devgan, Tabu, Shriya Saran and Akshaye Khanna starrer ‘Drishyam 2’ was released in theaters on Friday. The film has completed 3 three at the ticket windows and with this it has earned a lot of money in the weekend. The audience and critics are giving positive response to the film, as a result of which it is raining heavily on the makers of the film. The earnings figures of the third day of ‘Drishyam 2’ have also come to the fore.

Drishyam 2 collected 15.38 crores on the first day at the box office. With this, Ajay Devgan’s film has become the second biggest opener of Bollywood after ‘Brahmastra’. On the second day also, it had earned 21.59 crores while making a tremendous collection. Within two days, ‘Drishyam 2’ had collected more than 36 crores. On the third day, the film gave an even stronger performance.

The film was released on 18 November

Even after BOYCOTT Brahmastra – Brahmastra beats RRR in advance booking