Home National The doors of Hemkund Sahib will open today 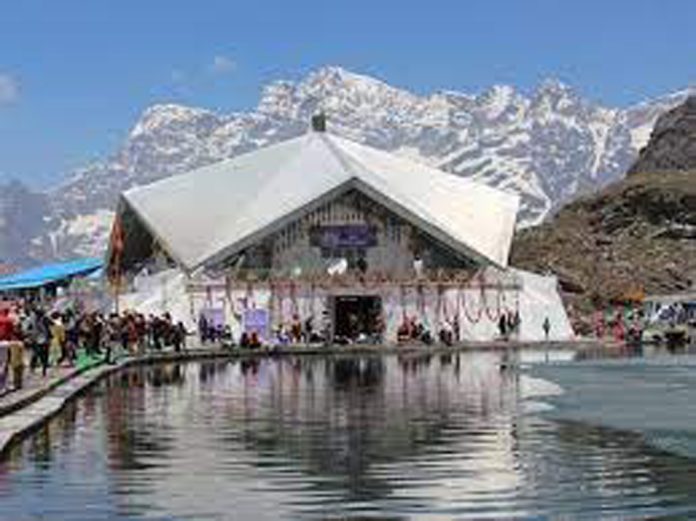 On Sunday, 22 May, the doors of Hemkund Sahib, the holy shrine of Sikhs, will open for the devotees. Under this, the yatra led by Panj Pyaras left from Govindghat to Ghangaria on Saturday. The batch of devotees will reach Hemkund Sahib on the morning of 22 May. After this the doors of Gurdwara Sahib and Lokpal Laxman temple will be opened. For this, grand decoration of both the dhams is being done with flowers. There is an atmosphere of gaiety in the Bhundar Valley regarding the Yatra of Hemkund Sahib which is starting in its grand form after two years. The faces of the merchants are also blooming.

More than three thousand devotees have reached Govindghat and Joshimath Gurdwara to join the batch. These include the batch of Sardar Janak Singh and Gurvendra Singh. Both these groups have been present in the Dham for the last 20 years on the occasion of the inauguration and closing of doors.

Along with Gurdwara Hemkund Sahib, the doors of Lokpal Laxman Temple will also be opened on 22 May. All the preparations have been completed for this. Movement has started on foot and horse-mule, dandi-kandi operators have also reached the halts. PLC&GT