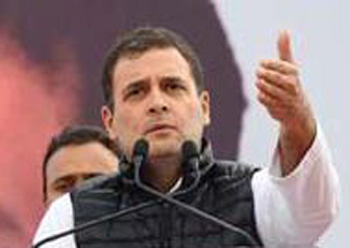 Amidst the political crisis in Rajasthan, Chief Minister Ashok Gehlot reached Delhi late on Wednesday night. Gehlot, a possible candidate for the Congress President’s election, is likely to meet the interim president of the party, Sonia Gandhi, today.

He said, “I have been following the tradition of the party for 50 years. Number one is Congress President, I am watching from the time of Indira ji, I am watching from the time of Rajiv ji, Narasimha Rao or now Sonia Gandhi ji, there is always so much discipline in Congress. So today the party is in trouble, even if it comes to 44 or 55 (Lok Sabha seats) then if there is any national party in the country then only Congress party is there. Its leader is Sonia Gandhi. The Congress of the whole country is under the discipline of Sonia Gandhi.

The media may have a different point of view. From our point of view, we will work under the discipline of the Congress President who is number one inside the heart of all of us. You will see that accordingly decisions will be taken in the coming time.” Gehlot also targeted the Modi government during this and said that a solution to the domestic problem will be found. The media should recognize the crisis that is facing the country today, today writers, litterateurs, journalists are all in trouble.

They are going to jail in the name of anti-national. They remain in jail for two years. We are concerned about those for whom Rahul Gandhi has set out on a journey. Whether it is inflation, unemployment or whatever this dictatorial trend is going on, Rahul Gandhi is worried about it, all of us Congressmen are worried that no one knows in which direction the country is going. It is more important for us to compete with him.

There are talks of the house, all this goes on in internal politics. We will find a solution for this. PLC/GT