The Corporation, based on the idea of e-governance, will be an instrument for creation : Nitin Gadkari

INVC NEWS New Delhi, The Union Minister for Road Transport, Highways and Shipping, Shri Nitin Gadkari launched the logo and website of National Highways and Infrastructure Development Corporation Ltd (NHIDCL) at a function here today. Speaking on the occasion, he said that developing roads in North-East and border areas is government’s priority. He further said that the Corporation, based on the idea of e-governance, will be an instrument for creation and management of infrastructure of the highest standard in the country with focus on the North-East and border areas and contribute significantly towards nation building. The formation would boost the initiatives towards capacity building among stakeholders as well as generate employment for the youth of the areas, he added. He further added that every road should be economically viable and, therefore, his ministry has been trying to address the problems in land acquisition, environment clearance, rail bridge construction etc simultaneously at the level of project management consultancy. The National Highways and Infrastructure Development Corporation is a fully owned company of the Ministry of Road Transport & Highways, Government of India incorporated on 18th July 2014.The company envisages to promote, survey, establish, design, build, operate, maintain and upgrade National Highways and other infrastructure including interconnecting roads particularly in the North Eastern region and strategic areas of the country. The regional connectivity so enhanced would promote cross border trade and commerce and help safeguard India’s international borders. The infrastructure so created would lead to the formation of a more integrated and economically consolidated South and South East Asia. In addition, this would also lead to overall economic benefits for the local population and help integrate the peripheral areas with the mainstream in a more robust manner. An approximate aggregate length of 10,000 kms has been identified to begin with for development through this company. In the first phase, the Ministry of Road Transport and Highways has entrusted 60 works to the company for constructing 3586 Kms at a total cost of Rs 34300 crore. The Minister also released NHIDCL’s website, www.nhidcl.com and unveiled company’s     e-book hosted on the same site. The function also marked the release of company’s first tender pertaining to the improvement to 2 lane NH standards of Akajan-Likabali-Bame Road in Arunachal Pradesh with an estimated cost of Rs 272 Crore. The function was also attended by Secretary, Ministry of Road Transport and Highways, and ex-officio Chairman, NHIDCL Sh.Vijay Chhibber, Managing Director, NHIDCL Sh. Anand Kumar and Director (A&F) of NHIDCL Sh. Sanjay Jaju. 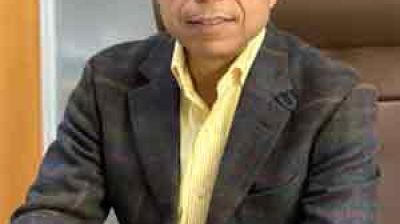