Home Entertainment The Boys cast breaks silence on Season 4 after a fantastic season... 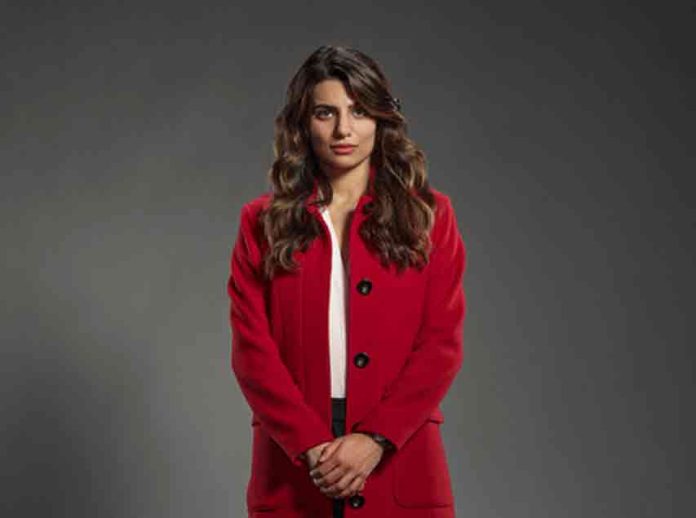 The overwhelming finale has left the audience teeming with questions and theories. The cast of the series has now dropped hints on what fans can expect from Season 4 of the hit Prime Video show season.

After a month of thrill, the finale of Amazon Prime Video’s anti-superhero series, The Boys Season 3, was released on July 8. While the boys fought it out dramatically with Homelander and Soldier Boy, Homelander killed Black Noir! The explosive conclusion of Season 3 has left fans teeming with numerous questions on what lies ahead. Likewise, the showrunner and the cast have spilled the beans, touching upon Soldier Boy’s return, Butcher’s survival, Victoria Neuman as Vice President, and a lot more.

First up, the biggest question is – will Soldier Boy return in Season 4? He had a major showdown with The Boys, but Grace Mallory laid him on the ice to save him. So, his fate in Season 4 has been the most talked about. But Jensen Ackles a.k.a. the Soldier himself has ‘no answer’ for this great question. “I don’t think (Eric Kripke) ever wants to close any door. So, keeping that door open a crack for Soldier Boy to use, in whatever capacity that fits, is something that I think he would do as a writer. I don’t know what the future holds for Soldier Boy. I think that’s all being worked out right now, as to how or when or why that character will be used in the future,” commented Ackles.

Every fan is worried about Butcher, who has kept his diagnosis hidden. Will season 4 have Butcher say farewell, or will there be a cure for Temp V? Hoping that things fall in place, actor Karl Urban said, “It’s going to be interesting to see how Butcher deals with it. I immediately like where it’s going in terms of his first instinct, which is to conceal it. Hopefully, he figures out a way to fix it. If anybody can figure out a way, it’s Butcher.”

Another question bothering viewers is: will Victoria Neuman rule over the Vice President’s chair? Things will turn dirty if this super-powerful villain does and Homelander supports her in all her evil actions. Revealing the secret, actress Claudia Doumit said she’s nervous too about the high stakes now, as Victoria is in no way out of danger. “She’s right in the eye of the hurricane right now. I’ll see when I get the scripts. But she’s on a path of, not redemption, but a darker one,” Doumit shared.

Erin Moriarty, who plays Starlight, said that her character has become more powerful than ever before, which will be a game-changer. “She has powers maybe that are beyond what she’s even aware of. The cool thing is Hughie is the person who makes her aware of that and empowers her at that moment. They go through a hiccup where he feels emasculated by her power, and this is him making the redemptive move of empowering her in this amazing moment, where she’s able to fly,” Moriarty mentioned.

Season 3 saw Starlight join The Boys team, and now viewers are wondering if she’ll transform into a new superhero or move ahead as Annie January. Commenting on the same, Moriarty said, “I was really glad when she threw that down the trash. That’s the costume she’s had since she was a little girl that her mom made. She needs to throw it away and find her identity without the influence of Vought and her mother. I can’t see her going back to working for Vought. She’s done working with the corrupt, evil corporation, and evil people. I hope she either remains as Annie or develops a superhero entity that’s outside of Vought.”

A-Train has seen a lot as well. From his brother abandoning him to Homelander killing the Black Noir, will his loyalties towards the Vought change? Hinting about what’s next for A-Train, actress Jessie T. Usher shared, “There’s another side. He could very much join Victoria Neuman. She’s also all-powerful. At the end of the day, she could take Homelander out. She’s not really with the Boys, and certainly not with Vought. She’s for herself. Maybe he says, ‘I don’t believe in what the Boys are doing. I don’t want to stay in Vought. I can work with you’.”

Last but not the least, viewers are baffled about Deep’s loyalty towards Homelander. The country landed into trouble after Victoria Neuman rose to power. Still, Deep stays blindfolded about the whereabouts. Sharing his thoughts, actor Chace Crawford said, “I think he knows in his mind that there’s a line there, but I don’t think he has a choice. There wasn’t enough time to play the thought process there or what went into it, but he’s worked so hard. He’s seen what it’s like to be kicked to the curb and be that D-list, washed-up supe in Sandusky, Ohio. I think he’s so afraid to go back to that place, now he’s gotten back in there. His position is so tenuous still with Homelander, he’ll do anything. Homelander obviously knows that and is manipulative and always, testing his loyalty.”

All episodes of The Boys S3 are currently streaming on Amazon Prime Video in English, Hindi, Tamil, and Telugu in 240+ countries and territories worldwide.

Harry Styles is proud to be a part of My Policeman : Not a gay story, but a tender loving human story about love