Home literature world Books The book is a compilation of 51 unique Mantras guiding the readers... 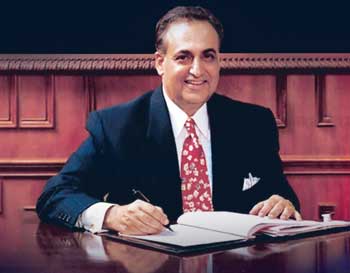 New Delhi,
Starting from mere rupees ten thousand to an establishment today known worldwide, Shri Ravinder Nath Khanna, Founder Chairman C & S Electric Limited to celebrate his entrepreneurial journey launched his autobiography’s cover title at a recent event. The book ‘From Garage to the Globe’ has a unique 51 Mantras, tool kit to assist its readers achieve their dreams and goals.

The book is a motivational saga depicting struggles throughout his life. It is written in a simple, easy to emulate with a positive tonality along with various relatable photographs making it more interactive and reader-friendly. Mr. Khanna during the event said, “The purpose to pen down my story was to guide and inspire young powerful minds and motivate them to move on and never to give up on their dreams. I see many future entrepreneurs coming up with path-breaking ideas and want them to bring a change in this world.”

The book is published by Invincible Publishers and Distributors and the title will appear in three different languages at the upcoming January World Book Fair, New Delhi where it’s already being touted as the next best read by Mr Ajay Setia, MD, Invincible Publishers for its sheer mass appeal.

Mr. Ravinder Nath Khanna, Founder Chairman C & S Electric Limited is a graduate from IIT Kharagpur. He established C&S Electric in 1966 with a dream to be a company which plays a vital role in the development of the power infrastructure of India and makes the “Made in India” label respected the world over. Over the years the company has made its positive image around the globe. Mr. R.N.Khanna has won various awards such as Udyog Ratna” by Ph.D. Chamber of Commerce & Industry for “Involvement in Economic Development of Uttaranchal”, “Delhi Udyog Ratna” by the Delhi Government for his outstanding role in his field of activity. Mr. R.N. Khanna was chosen as the Industrialist of the year and honored with the “Ph.D. Chamber Distinguished Entrepreneurship Award for the year 2008”

Shoppers News : Shoppers get a chance to win a premium motorcycle and other gift hampers

Supercomputing facility will provide a major boost to the research and development initiatives in Indian academia and industries to reach a position of global...