Home International The armies of India and America are preparing to give a big... 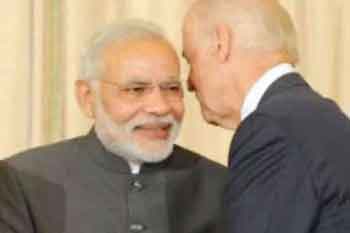 This is the 15th edition of the joint exercise between the armies of India and America. Military exercises are held annually between the two armies. Which is known as the maneuver. One year this exercise is done in India and one year in America.

China is in tension with the joint military exercise to be held by India and America. This military exercise will run from October 14 to 31 in Auli, Uttarakhand. The LAC adjoining Uttarakhand is part of the Central Sector of the Indian Army. Here the Barohti area of ​​the LAC has been disputed between India and China for a long time. The purpose of this war exercise between the two armies is to increase the understanding, cooperation and mutual synergy between India and America. However, the diplomatic message of this military exercise will also go to China.
Staying on the border, China keeps adopting its provocative strategy. In eastern Ladakh, PLA fighter jets were also seen flying very close to the LAC.

However, objections were also raised from India’s side on this. Its policy and intentions are clearly displayed by the actions of the Chinese army. By the way, this exercise is going to happen at a time when the US-China conflict has increased on the issue of Taiwan. China’s activities on the border have increased in recent times, with its fighter jets flying up to the LAC. PLC/GT