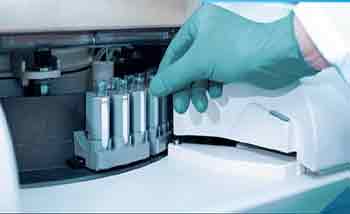 Thailand Blood Gas market in terms of the number of devices installed increased with a single digit CAGR of ~% over the review period 2014-2019. The market was observed to be at a growth stage owing to the growing demand for medical tourism and supporting government policies under Thailand 4.0. The market is booming owing to the rising number of Acute Myocardial Infarction & Heart Failure patients coupled with Improving healthcare system and Per Capita Health Expenditure of the country.

Thailand Cardiac Biomarker Market is currently positioned to be in the growth stage with the presence of over 15-20 players along with ~% CAGR in number of devices installed during the period 2014-2019. A rising number of cases related to heart diseases, increasing elderly population, improving government health expenditure and higher growth in the medical insurance sector are the major reasons behind positive growth in an increasing number of devices installed in the country.

By Type of Device (Medium to High Workload and Single Test Analyzer Device): Medium to high workload devices dominated the Blood Gas Analyzer market in 2019 as the majority of the hospitals in the country prefer these devices due to their capacity to conduct a higher number of tests and lower cost per test. On the other hand, single test analyzers are generally used by either small-sized hospitals or laboratories wherein the lesser number of tests are processed.

By Product (Reagents and Device): Thailand Cardiac Biomarker Market revenue was dominated by Reagents in 2019 as the majority of the devices in the country were placed on the rental model rather than making direct sales to the hospitals and laboratories.

By Type of Device (Semi-Automated Small Portable System and Fully Automated High-End System): Cardiac Biomarker Market in terms of number of devices installed was dominated by Semi-Automated Analyzers during 2019. Low cost of these devices along with their convenient sizes has led to the rapid growth of these types of devices in Thailand.

By Type of Cardiac Biomarker (Troponin, NT pro-BNP, CKMB, D-Dimer and others): Troponin cardiac biomarker dominated the industry revenue in 2019 as it is highly preferable by the doctors in the country in determining myocardial damage and is measured with high specificity along with comparatively faster results. CKMB occupied the second biggest revenue market share as it is tested frequently for determining the prognosis of cardiac disease followed by NTproBNP which is also tested regularly to comprehend heart valve disease. Markers such as D-dimer, CRP and Procalcitronin occupied the remaining share of the industry as these tests are too specific and have comparatively higher costs in Thailand.

Thailand Blood Gas analyzer industry is a highly concentrated space with 15-20 players wherein more than ~% is captured by the top 5 players in the country in terms of the number of devices installed. Major players in the market include OPTI Medical, Siemens Healthcare, Abbott, Nova Biomedical, and Instrumentation Laboratory.

Cardiac Biomarker Analyzer industry is also a concentrated space with a presence of ~15 players. Top 4 players in the country capture more than ~% share in the country. Major Players include Abbott, LSI Medience, Roche Diagnostics, Osang Healthcare and Biomerieux. Players in both the markets compete on basis of device price, technology, cost per test, number of parameters, number of clients, branding, and placement of devices, distributors, and product portfolios.