Home Other Indian State News Terrorists being eliminated in Kashmir 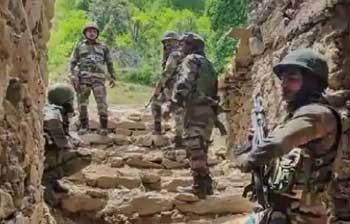 Incriminating material, arms and ammunition including AK rifles were recovered, he said. He was involved in several terror crimes and had recently managed to escape from an encounter.

Earlier, a joint team of police and security forces had received information about the presence of terrorists in the area, following which the encounter started.