Technologists and scientists are the true architects of New India envisaged 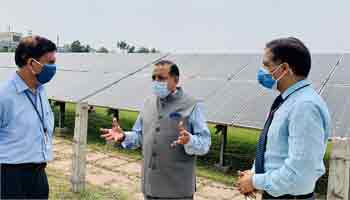 Stating that CEL is the premier institution for research & development of Electronics in the country, the Minister recalled the achievement of the Enterprise in developing Solar Cell indigenously for the first time in India way back in 1977, when hardly anybody had heard of Solar Energy. The contribution made by CEL by providing varied electronics components and equipment to the Armed Forces and Indian Railways is indeed praise-worthy, the Minister added.

The Minister emphasised on the need to spread awareness about the applications of incredible work being done in this institute and also engage the stakeholders including industry, StartUps and concerned agencies in public as well as private sector.

During a brief presentation before the Minister, the CMD of CEL Chetan Prakash Jain informed that the innovative Broken Rail Detection System(BRDC) developed by CEL is undergoing field trials with Delhi Metro Rail Corporation (DMRC) and the outcome of the same is satisfactory. Showing keen interest in the system, the Minister said that once fully operational, the above system can be replicated by the Indian Railways too.

Sh Jain informed the Minister that CEL has orders worth Rs.1057 Crore in hand and production of Automatic Weather Observation System to be used by airports is in the last stage of completion. Production of Artificial Intelligence (AI) based security and surveillance systems for one of the gates and adjoining areas of Ramjanmabhoomi temple in Ayodhya is nearing completion, the Minister has been informed.

Established in 1974, Central Electronics Ltd. (CEL) is focused on the commercial exploitation of indigenous technologies developed by national laboratories and R&D institutions in the country. 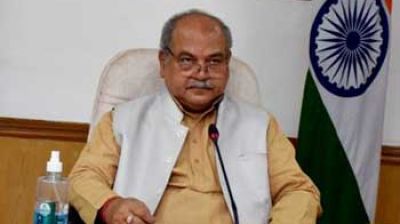