The Minister of Steel & Petroleum and Natural Gas Shri Dharmendra Pradhan has appealed to Steel industry leaders to partner with the Government in providing low-cost housing for migrant labourers. Speaking as the Chief guest at a Webinar on ‘Atmanirbhar Bharat: Fostering Steel Usage in Housing & Construction and Aviation Sector” here today, he referred to the Ministryof Housing and Urban Affairs’ scheme, and called upon PSUs and steel industry leaders to partner with the Government in the project. He said that the Government has set a target of providing 1 lakh such houses, but the industry should build many more steel-intensive, low-cost houses which will be model for others to emulate. The Minister said that the industry should partner in such welfare-oriented initiatives of the Government, as the AatamNirbhar Bharat seeks to provide dignity and self-respect to every citizen of the country.

The webinar was organized by the Ministry of Steel in association with Confederation of Indian Industry (CII).Sh. Hardeep Singh Puri, Minister of State (Independent Charge) for Housing and Urban Affairs(HUA)& Civil Aviation and Minister of State for Commerce and Industry, Govt. of India and Sh. Faggan Singh Kulaste, Minister of State for Steel were the Guests of Honour for the Inaugural session.The secretaries of the departments of Steel, HUA, and Civil Aviation, Senior officers of these departments and their PSUs, industry captains and CII’s senior functionaries were present in the webinar

Shri Dharmendra Pradhan said that the mammoth projects being undertaken by ministriesof Housing and Urban Affairs & Civil Aviation, and their future plans should be music to the ears of the steel industry. He said that there is a large potential for enhancing the use of steel in the country, as the nation marches ahead on the path of progress. Referring to the Prime Minister’s recent Independence-Day speech, in which the setting up of comprehensive global-standard infrastructure was emphasized, Shri Pradhan called upon the states and industry to enhance spending. He said that the projects need to be implemented expeditiously, by breaking free from red-tapism.

Shri Pradhan said during the covid crisis, Indian industry rose to the occasion and manufactured PPE kits, Masks and ventilators in large numbers, and Indian pharma industry supplied medicines to 150 countries. On the similar lines, India, which is already the second largest producer in the world, should emerge as a preferred source for steel requirements. He said that there is no shortage of good-quality steel products in the country, and giving priority to indigenously produced steel will help the industry become a preferred destination. Emphasizing on the low-cost and affordable products, the Minister said that productivity and production will have to be increased, value-additions done, and activities undertaken on mission mode.

Shri Pradhan also called for setting up a working group, comprising of officers from various departments, industry associations and academician, which can make suggestions for further improving the policy framework for enhancing the steel consumption.

Addressing the webinar, Shri Faggan Singh Kulaste stressed on the need for enhancing the consumption of steel in the country. He said that key Government initiatives like Smart Cities Mission, AMRUT, Regional Air Connectivity Scheme, UDAN will give impetus to the steel usage in the country. Shri Kulaste said that Usage of steel is an indicator of the country’s progress, and India, having one-third per capita consumption of steel compared to the world average, has a large scope of increasing its consumption.

Shri Hardeep Singh Puri said that we can come out of the Corona related crisis by spending our way out, and that requires more construction, more industrial activity. He said that a lot of projects are undergoing and also planned in the future by the ministriesof Housing and Urban Affairs & Civil Aviation, and these will entail large scale steel consumption. Shri Puri called for adoption of new technologies, cost-effective ways, quality consciousness, and making available steel at competitive prices, to propagate its usage.Shri Purialso said that the Steel Ministry’s vision of 300 MMTPA production capacity in near future will be strongly supported by the demand generated by the urban development and civil aviation sectors.

The key objective of the webinar was to discuss opportunities for enhancing domestically produced steel usage in Housing and Building, Construction and Aviation sectors.  The webinar enabled a brainstorming exercise to identify the current and future requirements of steel in the above sectors; challenges the users face in adopting domestically produced steel products and thereby aligning the manufacturing capabilities of domestic steel industry in meeting these demands.  Maximum consumption of the steel in the country is done in the construction and infrastructure. 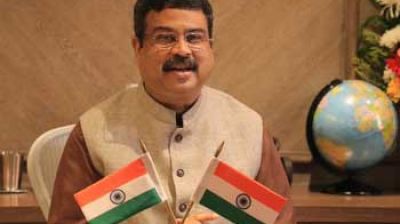 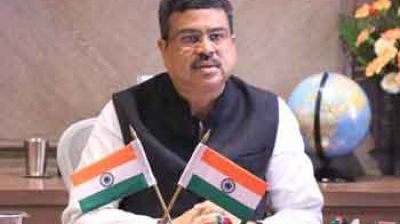 NTPC invites expression of Interest from Energy Intensive Industries for...