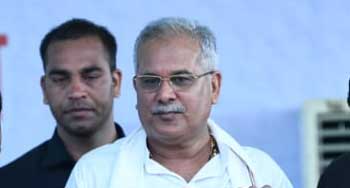 INVC NEWS
Raipur,
On the occasion of 150th birth anniversary of Father of Nation Mahatma Gandhi, Chief Minister had launched ‘Mukhyamantri Suposhan Yojana’ for the state in Vidhan Sabha premise. This scheme has been launched to eradicate malnutrition in children and women with public awareness and community participation. While inaugurating this important scheme, Chief Minister made voluntary contribution of Rs 21 thousand for public welfare. Inspired by this gesture of Chief Minister, Kurud Rice Mills Association office-bearers contributed cheque of Rs 10 lakh 11 thousand for Suposhan Abhiyan in the general assembly held at village Chhati, during Gandhi Vichaar Padyatra. Chief Minister praised this contribution of Kurud Rice Mills Association and appealed people to continue this circle of kindness.

It is noteworthy that according to National Family Health Survey, presently 35.6% children of age 5 years and below are suffering from malnutrition and 41.5% women of age group 15-49 years are anemic. These two major problems not only affect family members of the patients but also the overall socio-economic development of the state. Taking this into serious consideration, Mega Nutrition Campaign has been launched with community participation, under the leadership of Chief Minister, to eradicate malnutrition and anemia from Chhattisgarh state. Target to make Chhattisgarh malnutrition-free in three years has been set. 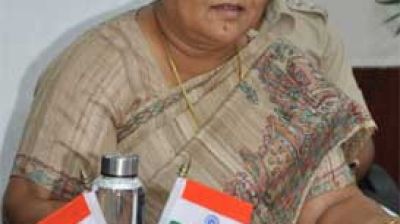