The Union Minister of Health and Family Welfare Shri Ghulam Nabi Azad was honoured yet again by Rotary International as a Champion in Worldwide Efforts to Eradicate Polio. Shri Azad was presented with the award at a function in Evanston, Chicago, USA on 23rd September 2011. Trustees and Board of Directors of Rotary Foundation from all over the world and Rotary International office bearers and members attended the function held to recognize the efforts made by India and to honour the leadership of Shri Ghulam Nabi Azad in particular. Accepting the award, Shri Azad said “I take this opportunity to re-affirm India’s commitment to complete polio eradication”. He reiterated that vaccination is one of the most cost effective public health interventions, since it provides direct and effective protection against preventable morbidity and mortality. India runs one of the world’s largest Immunization Programmes whereby around 26 million children born every year are covered. Of the three strains of wild polio virus, viz P1, P2 & P3, Type 2 wild polio virus (P2) has been eliminated in the year 1999. Efforts are being made to eradicate P1 and P3 also. Introduction of bivalent vaccine since January 2010 has resulted in significant success. There has been only one Polio case since January this year, till date, as compared to 741 cases in 2009 and 42 cases in 2010. Shri Azad also said that an emergency preparedness and response plan has been put in place and any case of wild polio would be treated as a public health emergency. In his acceptance speech, Shri Azad recounted the several new initiatives that have been taken to improve both coverage and quality of India’s Universal Immunization Programme. Shri Azad said that vaccine for Japanese Encephalitis has been introduced in 111 districts in 15 States having a high disease burden; Hepatitis B vaccine, earlier introduced in 10 States, is now being extended to the entire country. Introduction of the second dose of measles as part of routine immunization is yet another major initiative taken. Pentavalent vaccine containing Hib, is being introduced initially in two states of Tamil Nadu and Kerala and the aim is to scale it up. Eleven centres across the country have been identified for laboratory supported surveillance for vaccine preventable diseases with special reference to potential vaccines in collaboration with the Indian Council of Medical Research. Name & telephone based tracking of pregnant mothers and children, through a web enabled system, has also been recently introduced. This initiative intends to make sure that all pregnant mothers and children receive full continuum of care including complete vaccination. Steps have also been taken to improve surveillance and case management for Adverse Events Following Immunization (AEFI). AEFI has been strengthened and new reporting guidelines have been published and widely disseminated. India’s Pulse Polio programme is domestically funded. The annual domestic budgetary support to this programme alone is approximately 240 million USD since the beginning of the 11th plan period. The Polio Champion Award is given by Rotary International since 1995 to recognize governments and world leaders who have made outstanding contributions toward the goal of eradicating polio. Shri Azad was conferred this honour in 2010 also. 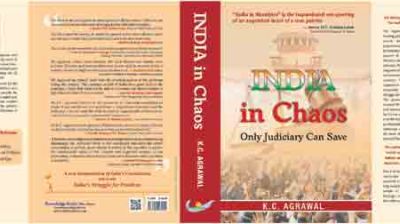