New Delhi , To meet an ever-increasing demand for an engaging retail environment, Tablez India rings in the New Year with the announcement of a partnership with Build-A-Bear, a global experiential retailer. U.S.-based, customized stuffed-animal retail-entertainment brand Build-A-Bear aims to reach as many as 9 million households in the top 15 cities in India by 2025. Besides standalone stores, shop-in-shop formats of Build-A-Bear would be launched within Toys“R”Us as part of Tablez, the retail arm of LuLu Group International. Adeeb Ahamed, MD, Tablez said: “The Build-A-Bear concept is a one-of-a-kind retail experience, and we are thrilled to bring it to India. We believe that children who come to our stores will be able to enjoy a different shopping experience that includes participation in creating stuffed animals of their own choice.” He also added, "At Tablez, we are continuously striving to meet the increasing demand for high-quality specialty toys, and we look forward to opening more Build-A-Bear and Toys"R"Us stores across India, as our company continues to grow." On this occasion, Dorrie Krueger, Build-A-Bear Workshop Chief Strategy Officer, said, “We look forward to embarking on this new partnership with Tablez India and helping establish and grow the Build-A-Bear brand in this important global market. As our international franchise portfolio continues to expand, we are further assured that the hug of a teddy bear is understood in any language." Established in 1997, Build-A-Bear has helped millions find their own meaning in a new furry friend. The brand has nearly 500 stores worldwide, and more than 175 million furry friends have been made globally in its 21-year history. Build-A-Bear helps guests mark special occasions, start friendships, and inspires people to make their own adventures. At Build-A-Bear, one is empowered to feel that anything is possible. The ‘Choose Me’ wall at every Build-A-Bear store is where the empowerment journey begins as each guest chooses an unstuffed animal to bring to life. Accessories give customers the reins to customize their creation. The heart ceremony is where one can add special wishes to their friend. During the stuffing process, a heart is placed in the bear along with special wishes, and the guests promises to care for their new furry friend. This signature ceremony brings each stuffed animal to life in a personal way, further ensuring a greater attachment. Guests find meaning in each of the animals designed – they are friends, playmates, heroes, look-a-likes and evidence of special memories. Dogs, cats, bunnies and even unicorns complement the timeless teddy bear to ensure there’s a furry friend for everyone. Tablez launched the first Toys“R”Us store in Bangalore in 2017. Before end of 2018, 4 stores will be operational, and another 20 stores are expected to be launched in 2019. In February 2019, Build-A-Bear will be launched as part of Toys“R”Us in Phoenix Marketcity, Bangalore. Further, a Build-A-Bear shop-in-shop format will follow in Vega City Mall, Bangalore; City Centre Mall, Mangalore and Phoenix Marketcity, Pune. The 20 additional standalone stores of Toys”R”Us are expected to be launched in major locations starting January 2019. Build-A-Bear plans to expand to as many as 65 shop-in-shop format stores and 20 standalone stores in India over the next 10 years.
Read the full article
Tags: MD Adeeb Ahamed Tablez launched Dorrie Krueger Build-A-Bear Workshop Chief Strategy Office LuLu Group International. Adeeb Ahamed Tablez LuLu Group International 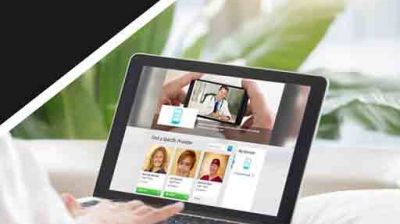 Despite growing in significance, remote learning unlikely to replace classroom-based...

We should be back in business anywhere from 18-24 months...

HP introduces ‘Contactless Service on Wheels’ to prioritise convenience and...

Technology that can significantly reduce vehicle emissions and improve engine... 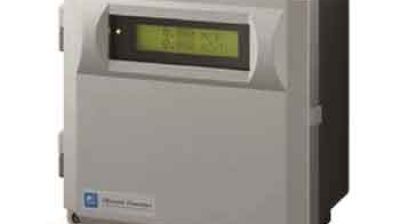