Home Business Syria will ensure the safe departure of ships to deal with the... 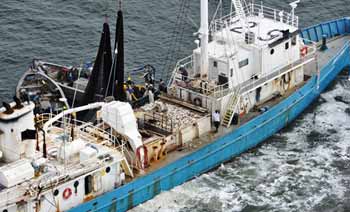 The first ship carrying grain from Ukraine has reached Syria. This information has been obtained from the analysis of satellite images. Syria is close to Russia, yet it had a food deal with Ukraine during the war. The cargo ship has reached Rajoni, Syria, after the Ukrainian government has ensured an early departure from the Odessha port.

Ukraine has agreed that it will ensure the safe departure of ships to export corn, sunflower oil and wheat to deal with the rise in global food prices due to the war. But the ship arriving at the Syrian port of Tartous indicates just how complex international trade and movement of goods can be. Syria has already received a consignment of wheat from Ukraine which was sent from the territory of Russian-occupied Ukraine.

An analysis of photos from Planet Labs PBC showed that the Sierra Leone-flagged ship arrived in a Syrian port shortly before 11 a.m. on Monday. The ship is anchored next to the port’s grain storage center, from where wheat is supplied across the country.

Rajoni’s Automatic Identification System (AIS) tracker was shut down on Friday when he was some distance from the Cyprus coast. Ships are required to keep their SIS tracker on, but when ships have to hide their movement they turn this system off. Ships arriving in Syrian ports often turn off their SIS trackers. PLC/GT