As Swachh Bharat campaign picks up further momentum during the ongoing fortnight long sanitation drive, thrust on the cleanliness and hygiene is increasing at a rapid pace not only on the government’s action plans, but awareness has spread manifold during last three years among people including those living in backward rural swathes.

Amid continuous downpour of success stories of the ambitious plan, launched by the Prime Minister Narendra Modi on the Gandhi Jayanti day in 2014, the word Swachchta has substantially gained currency with increasing demands and awareness for clean toilets and safe drinking water.

The Campaign, which had made an innocuous beginning, has resulted into construction of large number of toilets, clean potable water arrangements, regular drills of cleaning etc. Apart from bulging statistics of new toilets, involvement of the government machinery, institutions, social organizations, common people etc.is an indicator of the campaign’s growing efficacy. A UNICEF report says good sanitation can save Rs.50,000 per year per family.

During the pan India operations for constructing toilets, a number of glaring successful reports poured in and complaints, where those involved in effecting plans, erred are being looked into for redressal of grievances.

To accelerate the efforts to achieve universal sanitation coverage and put focus on sanitation, Prime Minister Modi had lunched Sawachch Bharat Mission which has two sub missions SBM (Gramin) and SBM (Urban).The mission aims to accomplish Clean India by 2019 as a fitting tribute to Mahatma Gandhi on his 150th Birth Anniversary.

According to officials, sanitation coverage in the country has gone up from 39% at the launch of the SBM to 67.5 % today with 2.38 lakh villages having been declared Open Defecation Free (ODF), and that this progress had been verified by third-party independent agencies as well.

To give fillip to individual’s innovative ideas to deal with sanitation related problems, Swachhathon was organized recently for new ideas crowd sourcing. Informatively, the logo of Swachh Bharat Mission itself was a crowdsourced idea.

Now, to boost clean India programme and turn it into an effective public movement, a fortnight long sanitary campaign –“ Swachhta Hi Sewa” which includes voluntary participation,“Sharamdan ”(free Labour) by law makers and others, got underway this week ,and  no less than the President Ramnath Kovind himself flagged off the campaign from Kanpur Dehat- his home town. The Vice President Venkaiah Naidu is set to lead the campaign in Karnataka.

The fortnight ends on the Gandhi‘s Birth anniversary day. A large number of Union Ministers, MPs and MLAs are also scheduled to offer ‘Shramdaan’. The Prime Minister’s Birth day on September 17 brings thrust to the initiative by marking the day as “Seva Diwas”. Drivers of the Swachchta mission say a slew of such programmes bring the issue to a sharp focus and finally leads to more participation of common man.

Policy makers are of opinion the strong message for Swachch campaign gains momentum with such high profile participation of law makers, celebrities, and brand ambassadors. To ensure massive outreach, the government machinery is toiling to spread the message through all means including telecasting of Bollywood’s – Toilet: Ek Prem Katha”, film by the national broadcaster on Seva Diwas.

“Swachhta Hi Seva”drive   will see large scale mobilisation of people from all walks of life to undertake ‘Shramdaan’ for cleanliness and construction of toilets and to make their environments free from open defecation.There will be targeted cleaning of public and tourist places. The drive is being coordinated by the Ministry of Drinking Water and Sanitation, the convening Ministry for the Swachh Bharat Mission.

Every occasion is being utilised to highlight and poularise the programme. Like the birth anniversary of the ruling party ideologue and social reformer Dr. Deen Dayal Upadhaya on September 25th will be observed as "Sarvatra swachchata" with massive cleaning of public utility places like parks, bus stops, railway stations etc.

On the eve of Gandhi Jayanti the tourism sites will be brought under the focus for cleaning. Informatively, the tourism sector, as per an estimate, loses about Rs.500 crore every year due to lack of sanitation. World Bank report estimates that lack of sanitation costs India over six per cent of the country’s GDP.

The government has identified a large number of such sites for sanitation during the ongoing drive. Each ministry has been asked to gear up the operation. Defence ministry will ensure that all cantonments could be declared as open defecation free places besides embarking on cleanliness drives at high altitudes. The information and Broadcasting ministry is playing role of popularising the sanitation programmes on private news channels, FM radio waves besides producing short films on the subject.

According to latest figures, the SBM has clocked many targets. These include construction of 29,79,945 household toilets across the country, while 44,650  wards have been covered for 100 per cent door - to - door waste collection.

As per the ‘dashboard’ (real time figures) of the Swachh Bharat (urban) portal, as many as 2,19,169 community and public toilets were constructed and waste to energy  production stands at 94.2 megawatt currently. Total, 1,286 cities have self-declared as ODF (Open defecation free).

According to SBM (Gramin) dashboard reports, 4,80,80,707 household toilets were constructed since October 2, 2014 and as many as 2,38,539 villages have achieved target of open defecation free ( ODF) title.The site says 196 districts turned into open defecation free .Elimination of Open Defecation is crucial aspect of SBM. In order to achieve the objective of becoming Open Defecation Free (ODF) by 2019, 55 million household toilets and 115,000 community toilets need to be constructed under the SBM (Gramin), as per the NITI Ayog document. Sikkim, Himachal Pradesh, Kerala, Haryana and Uttrakhand are ODF states. Ten states will be ODF by March, 2018. All 4500 Namami Gangae Villages are ODF now.

The Swachch Bharat campaign encompasses a large number of programmes which covered ranking of educational institutions, cities on sanitation index but real success of the ambitious plan lies with common public who have to be more sensitive to social and personal hygiene. Let us hope that entire country will be free from open defecation by 2019.

former editor of the United News of India

Author is a former editor of the United News of India. Widely travelled journalist, he has covered many national and international events during his 30 years career and was also the member of the Press Council of India. 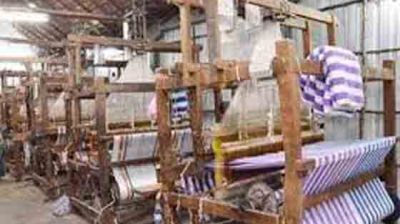