The Northern India is braving through a record breaking cold wave this year. The intense bone 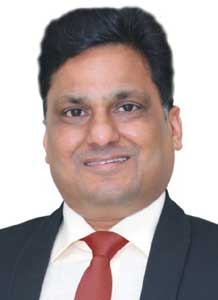 chilling cold being witnessed by the Northern India Region has broken the record temperature of last many years, especially Delhi which recently recorded the lowest temperature in the past 119 years, impacting the tourism in major parts of North India.

Dr D K Aggarwal, President PHD Chamber, said in press statement issued here that at this time of the year when all sectors of the economy have been significantly affected due to the slowdown, including the tourism sector, such extreme weather conditions of cold wave leading to dense fog, cancelled and delayed fights and trains has severely impacted the tourism in major parts of North India.

The National Capital Delhi, being the connecting hub, to almost all the hill stations of North India, through air, rail and road, the severe and sustained cold wave and extreme weather conditions have adversely impacted the connectivity of tourists to the major tourist destinations of North India, like Manali, Shimla, Jammu – Kashmir among others said Dr D K Aggarwal.

One of the reasons cited by Skymet, an independent weather forecaster, for this cold wave is the fact that Delhi has been reeling under both cold day and cold wave condition. Though this is an extremely rare phenomenon the citizens of north India are experiencing it in a harsh way.

Especially in December, with schools closed for Christmas and New Year, citizens from most part of the country plan for their winter holidays to different parts of North India like Mussorie, Shimla, Kullu – Manali, Jammu & Kashmir etc. to view the snow cladded Himalyan mountains, experience snowfall and witness the true beauty of India.

North India becomes the tourist hub in the months of December and January, giving a significant growth to the tourism sector and the state economies, with the increased tourist arrivals, both domestic and international, added Dr Aggarwal.

Most of the Hill Stations of North India thrive and sustain on tourism, as earning from different tourist activities, including sight – seeing activities, hotels for boarding and lodging, restaurant and eateries, transport facilities, among others are the major source of these states income, said Dr D K Aggarwal.

Majority of the household in these states are dependent on incomes from various forms of tourism, during the high tourist season from December to January (Winter Holidays & New Years) and April to July (Summer Holidays in most part of India).

The member of the households prepare during the rest of the year for these few months of high tourism to make a living and hence they get significantly impacted incase of low tourist footfall in these Northern India states and hill stations during the tourist season,  added Dr Aggarwal.

Though Delhi is known for its extreme winter, but this year the record breaking fall in temperature accompanied by a thick blanket of fog that engulfed the capital city, leading to extremely low visibility, has severely affected its residents of the city and tourism of Delhi and its connecting Northern states, said Dr Aggarwal.

These adverse weather conditions have also forced the suspension of traffic on the Jammu-Srinagar national highway leaving thousands of Valley-bound vehicles stranded and adversely affecting the tourism in these regions of North India. Same has been the conditions of roads and highways leading to Manali and Darjeeling too.

26th edition of Medical Fair India to be held in...

India needs at least 1000 qualified actuaries in the near future

Broadening of Vivad se Vishwas Scheme can generate more than...