Home Entertainment Art & Artist Sunny Leone has a new man in her life ? 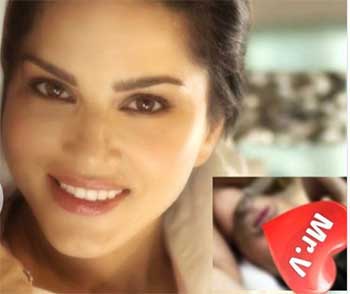 If the latest talk-in-the-town is to be believed, then Sunny Leone has a new man in her life. She has posted a video call screenshot on one of her social media accounts which are captioned as “Yes, you are the one I want to celebrate New Year with, my Mr. V “. As her fans are hyper curious to know what’s going on in her life, social media has already started warming up to the news, the buzz is to know the whereabouts of Mr.V. Does this mean that the end of 2019 will be the beginning of a new life for Sunny?

Recently, Sunny was seen in the popular web series Ragini MMS season 2 opposite Nishant Singh Malkani on ZEE 5 app as a paranormal investigator and also on MTV’s Spiltsvilla Season 12 as a co-host with Rannvijay Singh. Ever since Sunny’s entry into Bollywood after her successful stint in the Bigg Boss show, she has been actively involved in various projects from Bollywood movies to TV shows as well as web series such as Karenjit Kaur and has worked with actors like John Abraham, Randeep Hooda etc. Therefore, we are guessing Mr. V could be someone Sunny has met during any of her projects. Or it could be someone totally beyond the world of entertainment? We can only guess. Mr. V seems to have become a curious case for everyone. Will Sunny introduce us to Mr. V soon or never? While we are speculating Sunny’s team did not respond to the rumours.

Leone has become a popular actor in Bollywood, and her career graph only seems to go up. She is also very famous for being a kind person, and on many occasions, we have seen Sunny making valuable contribution towards society. Recently, Sunny has donated 1200 kgs of food to support the victims of Kerala floods.