For a better undertanding of the contours of India’s Health Sector and in view of the Union Government’s need and intention for reprioritization of its health spending, the 15th Finance commission held a detailed meeting with representatives of the World Bank, Niti Aayog and member of the Commission’s High level group (HLG) on the health sector.

The meeting started off with Dr. Junaid Ahmad stating that World Bank has been engaged in India’s health sector for long time. Recently, in context of the pandemic, a billion-dollar loan has been given by World Bank to the Government of India. It has been engaged in helping State governments to strengthen service delivery through district hospitals. World Bank has recently successfully concluded a 20 year long partnership with Government of India in the area of HIV. He stated that States in India are going to be the anchor in implementation of health programs. As States are so different from each other, the solutions for them will be custom made. Health, he said, was not just a social expenditure but also important for economic growth and development of the country. In this regard, he felt that the Finance Commission may like to look at health in three different ways: grants to enhance per capita spending, block grant for capacity building and a performance incentives for certain health outcomes. Similarly, in context of health a pivotal role may be played by local bodies. Also, more than 60% of health demand in India is supplied by private sector. Leveraging private clinics along with DBT may be used as tools to increase engagement with private sector. Importance of non-communicable disease can’t be undermined. Another area that needs focus is infectious disease programs like tuberculosis.

Dr. Junaid Ahmad also stressed on the importance of engagement with Centrally Sponsored schemes with Government of India for implementation of these programs. He cited the example where World Bank had engaged in implementation of Samgra Shiksha Abhiyan with five States of India. Similarly, in health sector, institutions like district hospitals, primary health centres, private providers, municipalities, social sector system may be leveraged carefully. World Bank, he suggested, could play a role in designing and implementation of such programs while working closely with such institutions. Government’s programs needed to be converged with Finance Commission recommendations along with efforts of World Bank towards a common goal, he said.

A presentation made by World Bank Highlighted that :

Dr. Paul, member, Niti Aayog emphasised on the importance of local bodies in delivery of health care services. He also emphasised that 65% of public spending on health comes from State Governments while 35% come from Union Government. There is an enhanced need to increase the overall expenditure on health sector.

Dr. Guleria, Director, AIIMS, emphasised that public –private partnership in health sector should be encouraged. He also asked for enhanced focus on investigative infrastructure of health.

Dr. Indu Bhushan stressed the need to cover the ‘Missing Middle’ population in PM-JAY. He also stated that private hospitals need help as they are stressed with falling revenues and rising cost. He also emphasised that health should be a concurrent subject.

Chairman Shri N.K. Singh recollected the Finance Minister’s intention to increase the budgetary outlay ministry of Health in her announcement of the special package for the economy.

It may be recalled that India COVID-19 Emergency Response and Health Systems Preparedness Package (ER&HSP) was approved by Cabinet on 22nd April 2020 for Rs 15,000 Crores. This included mainly emergency response components such as development and operations of dedicated COVID facilities with isolation wards, ICUs, etc including the training of the health professionals, augmenting testing capacity, procurements of PPEs, N-95 masks, ventilators testing kits and drugs, conversion of railway coaches as Covid Care Centres, strengthening surveillance units, Untied funds to the Districts for the Emergency response etc.

Chairman stated that the Fifteenth Finance Commission, for the first time, will devote an entire chapter on health financing. He also opined that the High Level Committee on Health sector constituted by Fifteenth Finance Commission and the World Bank will dove-tail their study and analysis to come up with suitable recommendations for health sector. The Government of India’s spending on health through Centrally sponsored schemes will also be studied in detail by the Commission before it gave its recommendations to the Union government. 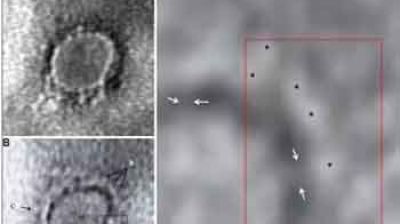 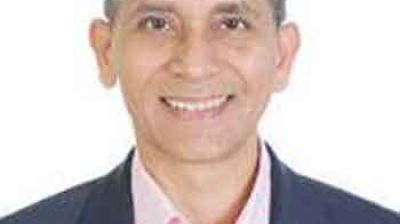 India has crossed a Key Milestone in Universal Primary Healthcare 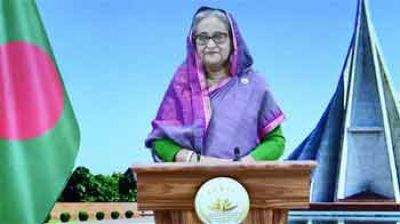