The President began the conference by exhorting to the collective strength of the society and urged Governors, LGs and Administrators to mobilise volunteers of Indian Red Cross society, voluntary and religious organisations to contain the menace at the earliest.

President Kovind and Vice President Naidu expressed hope that the Indian society’s inherent strength of “sharing and caring” and the government’s measures would mitigate the sufferings of the most vulnerable sections of the society, particularly the workers of the unorganised sectors and the destitute. In the video-conference, 14 Governors and Delhi Lt. Governor were shortlisted to share experiences in their territories as these areas were worst affected by the pandemic.

The video conference was conducted by the Vice President and it brought out the best practices initiated by various States to mitigate the people’s plight while enforcing the lock down in the country.

The discussions related to the status of COVID-19 in the States, the role of the Red Cross with focus on vulnerable sections, and the role of civil society/voluntary organisations in complementing the efforts of the Union and State governments to contain the spread of the Novel Coronavirus, especially with the lockdown and other challenges emerging from the evolving situation.

The video conference began with Maharashtra Governor Shri Bhagat Singh Koshiyari outlining measures initiated by the State administration to combat the pandemic. Kerala Governor Shri Arif Mohammed Khan lauded the role of government, voluntary organisations, medical professionals, paramedics and the police to act in coordinated manner to persuade people to maintain social distancing in Kerala. He recited a couplet and said, “yun hi basabab na fira karo, kisi shaam ghar bhi raha karo” (broadly translates to “Don’t roam around without any purpose, stay at your home”) to emphasise the significance of social distancing. Further, 1800 retired doctors and MBBS students in the state have enlisted with the State Government to volunteer with their services if a need arises. 375 Psychologists are also roped in to give advice to those who find quarantine as difficult phase in their lives. This is considered to be an innovative move in Kerala worth emulating for other states.

Karnataka Governor Shri Vajubhai Vala extolled the collective strength of the society to fight the menace. Almost 8000 Red Cross Society volunteers in the State are working to spread awareness about the disease. Akshay Patra, a social organisation, is also actively involved in distributing food packets all over the state.

Shri Satyadeo Narayan Arya, Haryana Governor said that the state was fully prepared to meet all challenges. Lt Governor of Delhi Shri Anil Baijal said that the State government and all other agencies were working in perfect coordination to enforce the lockdown and yet mitigate people’s problems. He also pointed out that at the top level LG and Delhi CM were meeting every day to take stock of the situation. At district level, DC’s and DCP’s are coordinating moves to facilitate the relief work and educate people about social distancing.

Gujarat Governor Shri Acharya Dev Vrat said that quarantine facilities in the State were being augmented. Social awakening programmes have been initiated through media to motivate people to follow guidelines. Gujarat’s cooperative spirit is invoked to launch concerted efforts by government, social and religious organisations, private sector, voluntary and cultural organisations to pool in their resources to meet the challenge.

Governor of Telangana Dr Tamilisai Soundararajan informed that necessary steps are being taken in the State. She said that the State is extensively using social media to spread awareness. She also informed that Raj Bhavan has also taken steps to provide food to about 800 needy families living near to Raj Bhavan. Shri M Venkaiah Naidu suggested to the Telangana Governor to take help of artistes, film stars, writers and intellectuals to raise the level of awareness among people about the seriousness of the pandemic.

West Bengal Governor Shri Jagdeep Dhankhar- informed that Universities in the State are ready to be utilised in case of need. Further, Red Cross has been doing an excellent job in educating people about deleterious impact of the disease, within the limitations of their resources.

Himachal Governor Shri Bandaru Dattatraya said that the Red Cross society has been working round the clock to help out people in the state. Special efforts are being made to ensure awareness in Districts with Tribal population.

Bihar Governor Shri Phagu Chauhan talked about Bihar’s proximity to international border that makes the state rather vulnerable to spread of the disease. He however praised the manner in which the Bihar Government has been acting to contain the Coronavirus. The Red Cross in the State has also been using its volunteers to spread awareness and its ambulances are available for use by District authorities.

Tamil Nadu Governor Shri Banwarilal Purohit informed that efforts are in place to look after construction workers by providing them Rice, Dal etc. Further, all rice ration card holders under PDS will be given Rs 1000 in cash. Amma canteens are being used to provide subsidised food. The Vice President advised the Governor to take help of film artists, private sectors and religious leaders.

Madhya Pradesh Governor Shri Lal Ji Tandon praised quick response of the MP state administration. The state has taken measures to ensure that food is made available to daily wagers. He also informed that the Red Cross has been doing appreciable work in the State.

Punjab Governor and Administrator of Chandigarh Shri V. P. Singh Badnore informed that Red Cross has been helping to supply food packets in Chandigarh. Necessary steps are being taken by Punjab and Chandigarh to tackle the challenge posed by COVID-19.

Rajasthan Governor Shri Kalraj Mishra, informed that a fund has been created to enable people to make donations. All institutions are contributing in dealing with the challenge and social distancing being duly emphasised among people.

While summing up the conference in which 15 governors including Delhi LG and Chandigarh administrator, shared their thoughts, President Kovind urged everyone to hold regular stock-taking with the state government and make contributions in a way that the battle again the Coronavirus could be taken to a logical end. He also said that based on these experiences, the best practices can be emulated in other parts of the country.

The decade ahead will be one of digital transformation in...

Expanded diagnostic lab network has given a sharp boost to...

India has substantially ramped up its testing infrastructure across the... 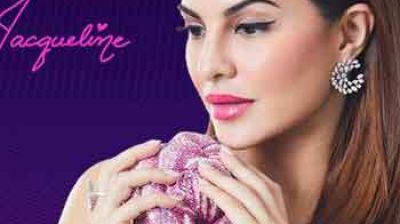 The brand has created market leadership in various product segments...

India’s landmark achievement of recording the maximum number of recoveries...

Implementation of the education policy will produce students with ignited...